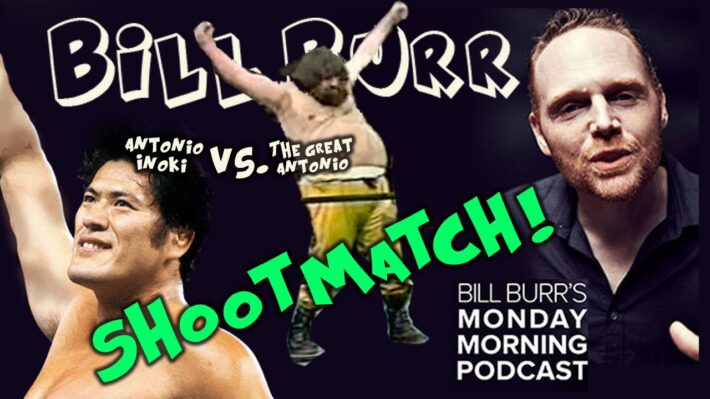 via Trav from Fight Smart

Imagine for a second that you are Antonio Inoki… Deriving power from the robustness of your manly chin, you frequently bust out crazy submission moves in the realm of professional wrestling… but your capabilities truly extend beyond the squared-circle. In truth, your wrestling style comes from a very real form of submission fighting called “catch wrestling”.

(While Jujitsu is more like a slow, methodical, flow of positioning until one fighter can slowly deprive his the other of oxygen, I would describe catch wrestling as more ‘explosive’; with fighters quickly wrenching on a lock in the moment that the joint is trapped. I suppose Jujitsu can be like that too… but I digress.

You are a bad ass.  And you have trained to become a very well rounded fighter. Perhaps this is why you were chosen to fight Muhammad Ali… in one of the world’s first high-profile “mixed martial arts” matches.

But today… we shall tell the tale of your unexpectedly real fight against:

Yes… The Great Antonio is a fat guy carrying around some chains to make himself look scary. Even worse, he is also a selfish bastard in the ring and he refuses to pretend to be hurt by any move that you do!

Flying drop kick from across the ring?  It has no effect. You crash to the floor yet again, and he laughs at you… pounding his fat belly.

This may frustrate you… considering that you are an actual bad ass, and he is a deranged fat guy with a bowl-cut in yellow spandex. He spent his 30’s eating heavy sandwiches and making funny faces while pulling buses with chains … while you became a damn ninja.

And yet, here he stands for five full minutes; pounding his big ol’ belly, and pretending that you can’t hurt him… which makes for a terrible show.

Finally, he grabs your head and smashes his fist violently into your brain-stem… and you have had quite enough. You snap… and 47 years later Bill Burr hilariously narrates the ensuing carnage using some significantly NSFW language. It ends up being your most memorable fight… despite causing Muhammad Ali to nearly lose his leg.

Perhaps it’s a curse, for trying to be a greater Antonio than The Great Antonio… This has been a journey into the life of Antonio Inoki.

A special thanks to Bill Burr for being a comedic legend. Have a fantastic week.

The Epic Battle of the Antonios (via Fight Smart)