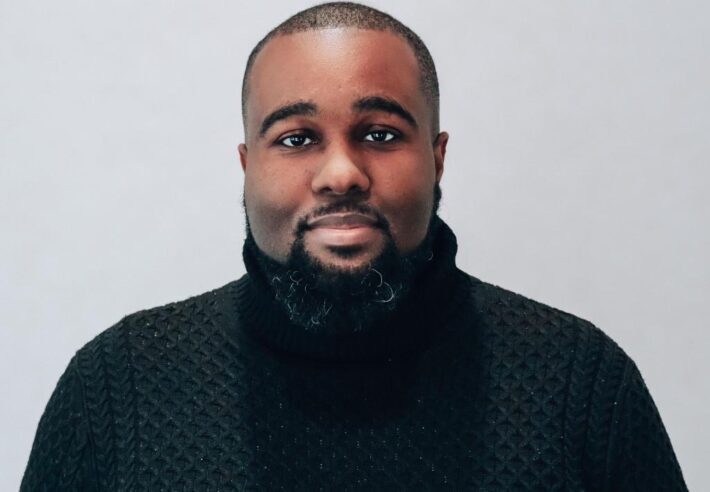 Last week I sat down with Adam B. Coleman, the author of Black Victim to Black Victor, to discuss the plight of fatherless homes in America. Adam has been a consistent contributor to the NY Post recently, writing eye opening pieces on controversial topics such as BLM, feminism and critical race theory. After the horrific events at the Robb Elementary school in Uvalde, Texas, Adam composed a piece examining a significant factor which is usually overlooked in mass shootings: the aspect of fatherlessness. I was blown away, and reached out for an interview.

Some of the highlights from the conversation dig into feminism, and the role of strong Dads in helping young men to channel the power and rage they feel when encountering life’s challenges.

Please give Adam’s book serious consideration. Our society needs more fearless men speaking up for what’s right, regardless of what the woke mob has to say about it.

Adam B. Coleman: Well, we have (despite demographic) more and more young men who are growing up without either their father or an engaged father because they’ve been weakened as well. Or they’ve been growing up in a society that is constantly questioning their existence, pushing their behavior, altering their temperament, their emotions. And, you know, there is a level of feminization that is happening. I’m not one of these people who thinks that we should have this hyper patriarchal, masculine society. I think, much like everything else in society or in life, you should have some sort of balance. There’s a lack of balance as to what’s going on.

Entering Manhood: What’s the driving force behind masculinity being either demonized or devalued?

Adam B. Coleman: Aspects of feminism. Number one thing, and in the book, it’s somewhat related to race, but there are times that I’m actually not referencing race. I’m just talking in very general terms, because it’s cross demographic. Feminism is so pervasive that there are women who behave and sound and act just like feminists and they have no idea that they’re feminists. It you would ask them “Are you a feminist?” They would probably say “no I’m not feminist”. You know, the words that you’re using, the phrases, that everything is much of the feminist mold. And this has become extremely detrimental. I think, for relationships between men and women.

And that’s what’s leading to the downfall. I actually just published an article today in The New York Post, because even Democrat men are souring on feminism. One of the questions was do you think feminism has gone too far? And, you know, it was like 44% agreed, and it was like 41% disagreed. So, even for them, the party that you think associated with feminism and agrees with it… The younger democratic men are souring on it. And I think it’s because of relationships.

As much as they want to be liberal or progressives, they’re looking at feminism affecting their relationships, affecting the women they encounter and you know, as liberal as they want to be about social issues and things like that, they still ultimately have to come back to dating women, or having a relationship or marrying a woman. And I think one of the biggest problems when it comes to our relationships between men and women is that mantra of the feminists.

On lack of accountability and men as “optional”

The “I’m an independent woman” or “I do what I want” mentality sees men as optional. And so because they see men as optional, they go and make babies with men, and they think they can just do whatever they want. And they think that there’s no repercussions. I know my father wasn’t there. He was never going to be there. He was married to another woman. But why did my mother put us in that situation? I think that’s a fair assessment. There are two people who are involved in this. And she knew he was married. I think I think that’s a fair criticism.

And now it’s just like “she’s living her life. Just let it happen”. And we’re just cool with it. There’s no more shame when it comes to family. And we’ve gone 100% allowing women to do whatever they want when it comes to raising children and never shaming them when it comes to the bullsh*t, right?

But where are the mothers, really? They’re not raising them and some of them could try and be of good intentions, but they got to work, where they set up themselves to be in a predicament where they have to be away from their kids. They have to offload them to somebody else to raise them. And then when they’re old enough, they can offload them into school. So they can be there and the teachers can babysit them. And meanwhile, the women are working one or two jobs to make ends meet. That’s the society that that we’re building. And that is the the feminist led society that we’re existing in. And in some ways, that’s my childhood.

You know, I can’t remember who exactly it was. But someone said, you know, a lot of women, especially single mothers are out there. They think that they are raising kids but they’re maintaining them, right?

Entering Manhood: How important is the father in a boy’s life? Are they the most important person?

Adam B. Coleman: Absolutely. Without a doubt, you know, from a childhood development standpoint, the same sex parent is the most important parent right? You have the most contact with the child throughout their life. So if you have both parents in the house, so you have a son, the son is naturally going to mimic behaviors of the Father, and he may actually mimic certain things from the mother as well. But you’re going to be of the highest influence as a father. What I noticed actually from myself by not having my father and when, as I got older, and I really started looking at myself and things I was doing, there were certain things I was mimicking that were more feminine. You know, and it’s like, mimicking my mom, or, you know, things of that nature. I’m picking up from here and there. And that was something I had to realize and I had to unlearn it, or at least recognize when I’m behaving this particular thinking this particular way.

So it’s incredibly important, because you want to show your child what healthy masculinity looks like. And without that, that’s when they become susceptible to adapting to whatever comes into the direction whether it be a friend who has a bad influence, whether it be a mother who is distracted, and doing whatever, whether it be a gang that’s outside, right, they’re going to look for some sort of influence, because all you know as human beings, all we do is just sponge you know, we absorb whatever we come in contact with. So we want our boys to absorb a healthy, masculine approach to life. Especially because without that, I’ve noticed that young men become very insecure. That they become imbalanced, like we talked about having some sort of balance, they become very imbalanced.

On the Uvalde Shooter

And because of our potential size and strength, we can be incredibly destructive. And you know, when you have young men who have no guidance, who have no instruction, we don’t know how to handle their body as a weapon, and they’re frustrated. And, you know, they’re going to hurt people.

You know, so that’s why I wrote that article (about the Uvalde shooter). Talking about this young man who basically just had enough and he became homicidal and suicidal. And this is the outlet and he had the capability of violence. Because of what we’re made out of, we are more prone to being violent. You know, as a Dad you do not have to always be cold, but you have to find ways to learn how to be calm because there’s gonna be times where you’re under pressure. And it’s those types of things that you are really important. And I don’t think most women understand these things. They don’t understand what it’s like to be a young man who has a lot of energy, but doesn’t know how to direct it. They don’t understand these aspects. And it’s not because they’re malicious. They just don’t understand. Just like, I don’t understand what it’s like to be a woman. I don’t know what it’s like emotionally to go through puberty as a young woman. I don’t and so this is why it’s incredibly important for the people who created you to instruct you, because they’re the ones who are going to love you potentially the most in your life.

About 25% of children in America are growing up in single-parent households — three times the rate in 1960 — the majority of whom lack daily interactions with their fathers. If this continues, what will the number be in 2040?

As Adam said, this only gets fixed by educating the younger generation on the importance of fathers in the home, while simultaneously helping them understand the impact of their choices on the future of our society. Collectively, we have to find the strength to challenge the progressive themes corroding and destroying the moral foundation of our world. We must stop being afraid of offending someone and begin to call out immoral and illogical behavior. It’s OK to have standards!

“Without standards, there can be no improvement.” – Taiichi Ohno

The Plight of Fatherless Homes with Adam B. Coleman

A Conversation On Fatherless Homes With Adam B. Coleman