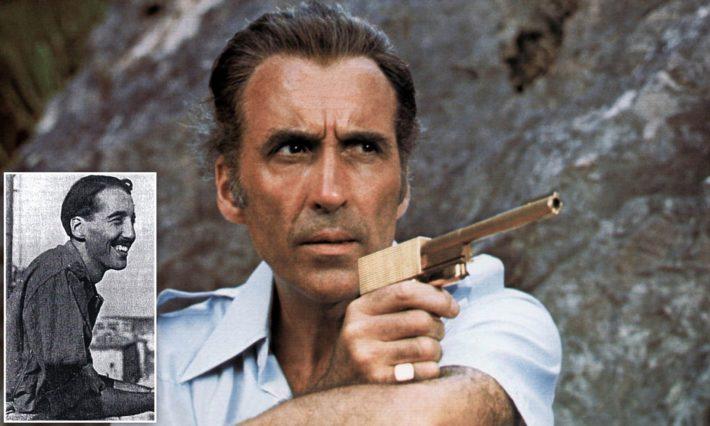 When a character like James Bond is loosely based on your real life, there’s no question about your alpha male status. Christopher Lee worked in military intelligence during WW2, and spent time with the Gurkhas of the 8th Indian Infantry Division during the Battle of Monte Cassino. While on military leave in Naples, Lee climbed Mount Vesuvius, which erupted three days later. During the final assault on Monte Cassino, the squadron was based in San Angelo and Lee was nearly killed when one of the planes crashed on takeoff and he tripped over one of its live bombs.

After his death defying military years were over, Lee enjoyed an extremely successful acting career. He played Count Dracula in a string of popular Hammer Horror films; a James Bond villain in The Man with the Golden Gun; Lord Summerisle in The Wicker Man; Saruman in The Lord of the Rings films and The Hobbit films; and Count Dooku in the final two films of the Star Wars prequel trilogy.

At the ripe age of 88, Lee released a heavy metal album, and has won awards for his metal music. The single he released on his 90th birthday made him the genre’s oldest performer. He even had a song on the Billboard Hot 100 in December 2013 making him, at 91, the living oldest performer to ever chart. If he’s wasn’t the world’s biggest badass, he might still have been the world’s most interesting man. We lost Christopher Lee in 2015, at the age of 91.