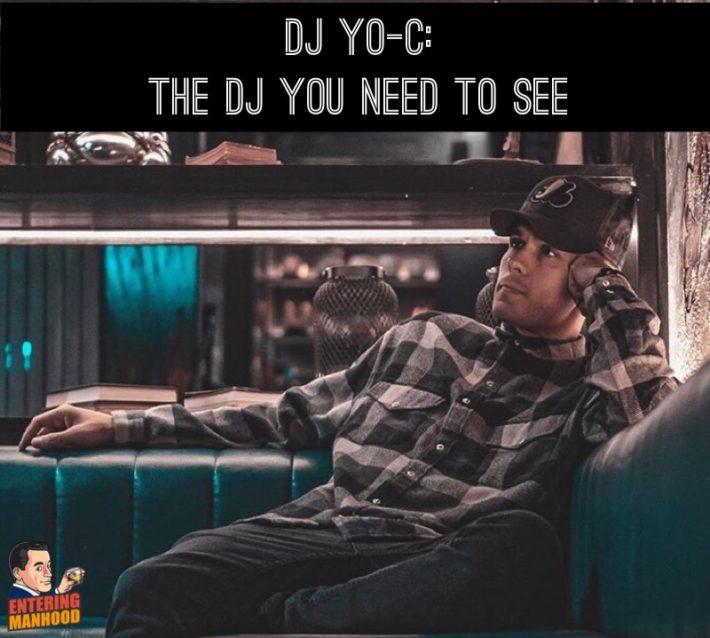 He’s shared the stage with great artists like DJ Jazzy Jeff, Wyclef Jean, and the Backstreet Boys. Through his travels, he’s rubbed elbows with Hollywood legends Bruce Willis and Leonardo DiCaprio. He’s an inspirational entrepreneur involved in several successful businesses. Oh, and if he couldn’t be any more likable, you should know he spends a ton of time and money helping man’s best friend through Rescue All Dogs Co . If you haven’t heard his music or seen him live, find your way to Montreal or Los Angeles to catch one of DJ YO-C‘s live gigs. For those of you that don’t know this international man of mystery, we sat down with the Montreal native to get his back story.

EnteringManhood: When did you know you wanted to DJ for a living?

DJ YO-C: I didn’t know. It just happened. I got started at age thirteen. My sister married a DJ, and I landed a summer job helping him out.

EnteringManhood: Did becoming a world-class DJ require a lot of practice, or was it a natural gift?

DJ YO-C: I ended up purchasing some equipment at age fifteen, and I learned so much just by practicing. I would spend all of my free time practicing. I was in love with it. Obsessed with it. My inspiration came from within. I always had a passion for music, especially DJs like Jazzy Jeff and A-Trak. I was naturally curious about turntables and wanted to learn how to scratch. I never wanted to do competitions; I always did it for myself because I was hungry to learn more. 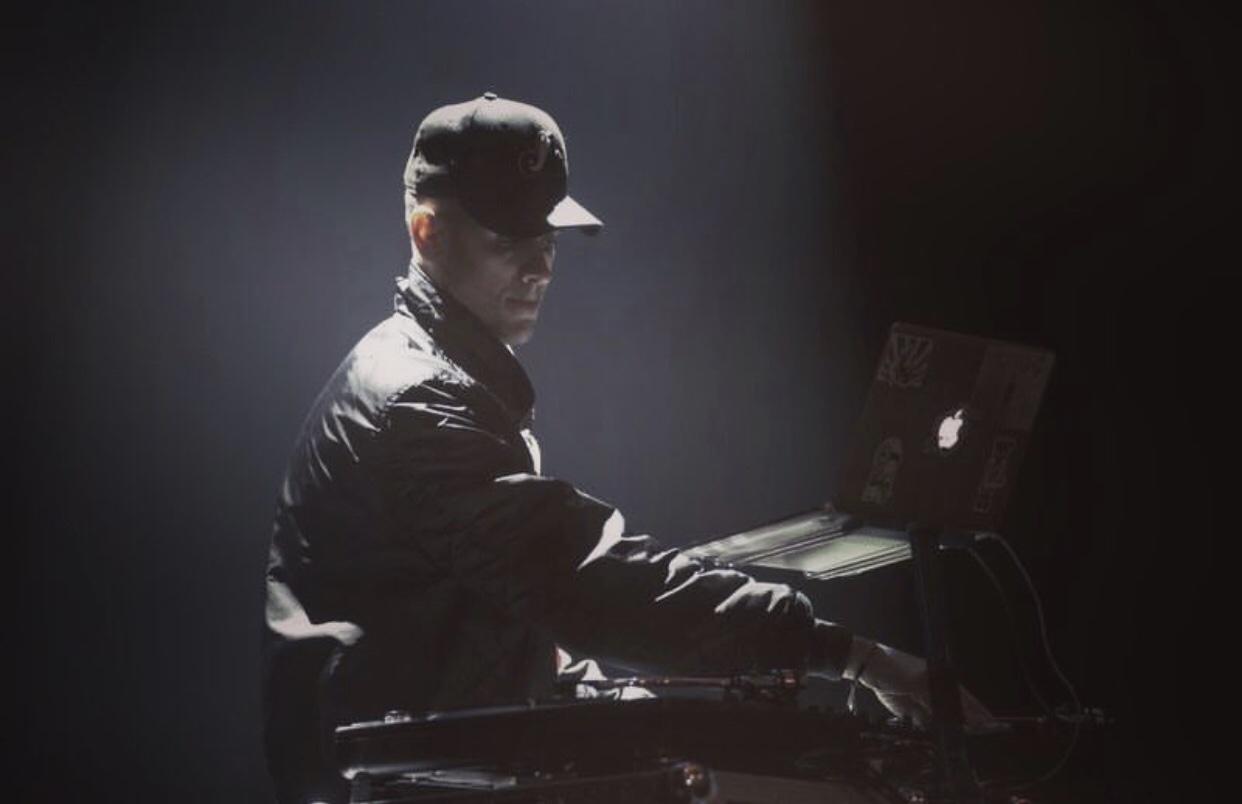 EnteringManhood: DJing has given you the opportunity to travel the world. What is your favorite place to visit?

DJ YO-C: (without hesitation) Los Angeles. I’ve always been a fan of LA, and I love the Clippers, too. The weather is great and so is the food. I’ve developed a good group of friends there, which makes me like it more because it’s hard being a stranger there. It’s difficult to meet new people. 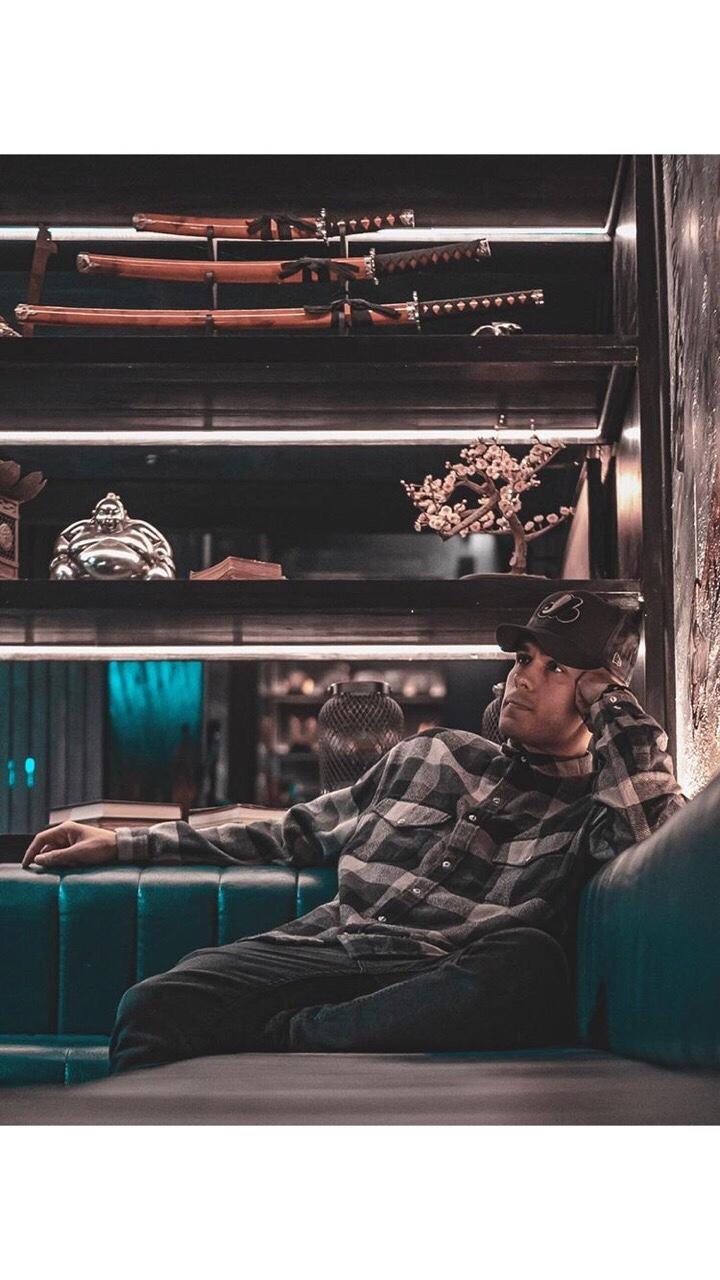 EnteringManhood: You’ve shared the stage with many famous music artists. Who was your favorite? Who was the most fun?

DJ YO-C: I ended up meeting Wyclef Jean at a gig in Canada. He came over to say hi and we hung in the booth for a bit. Wyclef used to be a DJ and respects DJs, because they’re the ones that come in early and stay late. It blew my mind that a guy at his level would come chill with the DJ. He was the coolest I ever met. Jazzy Jeff is one of the coolest guys on Earth. He’s very humble and nice, despite having great skills. He’s someone I looks up to. Bruce Willis, Leo DiCaprio and the Backstreet Boys are cool guys. I met them at after party on a boat cruise. 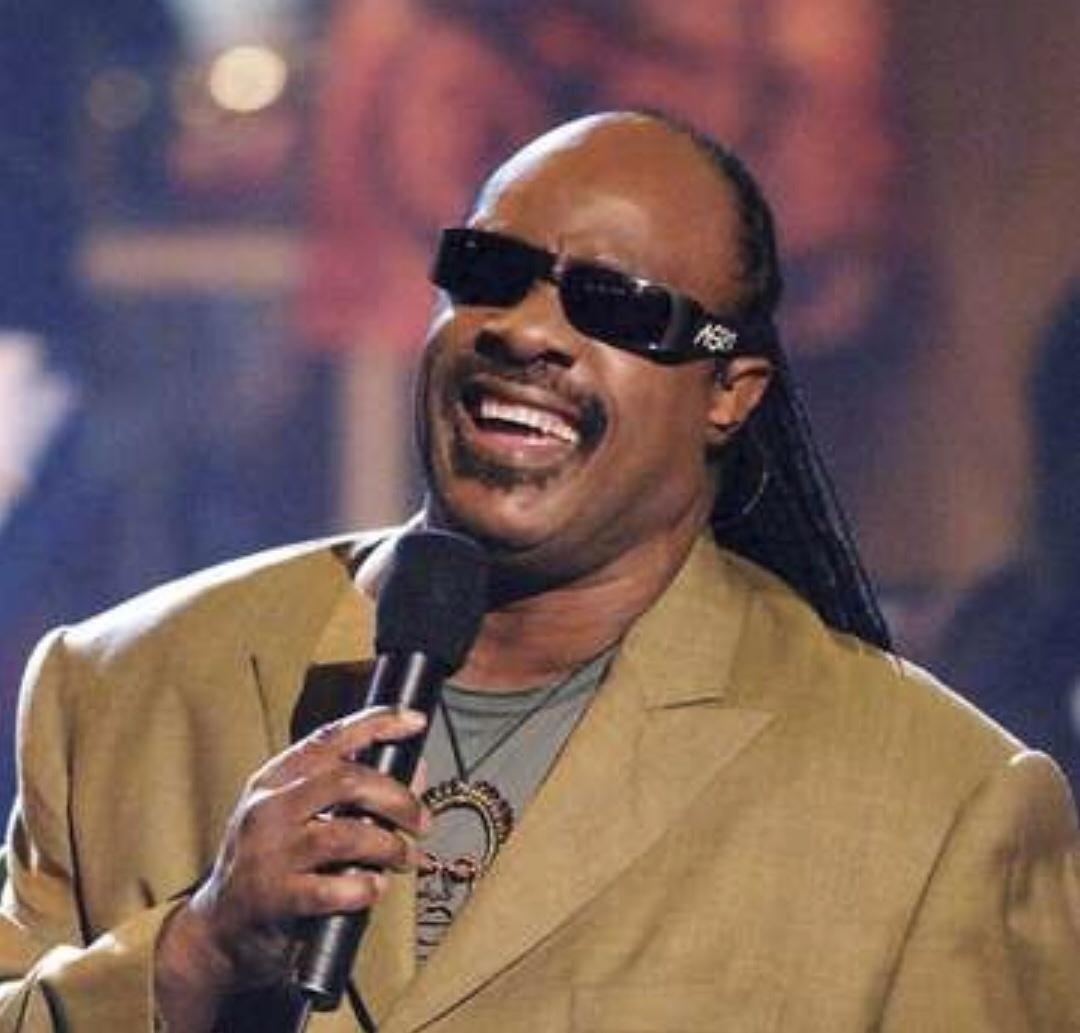 EnteringManhood: If you had to pick one person, all time, to work with who would it be?

DJ YO-C: The living legend Stevie Wonder. I met him once at a show in Montreal through a musician that was part of Dave Chappelle’s tour. Michael Jackson would’ve been great to work with, too. Outside of them, I’d be honored to work with the likes of Jay-Z , Kanye West, Diplo, John Legend, Mark Ronson or Bruno Mars.

EnteringManhood: What is your craziest story from the road?

DJ YO-C: Every city is different. I’ve worked in Calgary for Stampede, New York for Fashion week and Los Angeles for Oscars parties. Grammys parties are my favorite because it’s a crowd that loves music and appreciates the transitions. Some club parties are insane, and you see all kinds of stuff happening.

New Years Eve parties in Montreal are out of control, with people almost getting naked in front of you.

EnteringManhood: Are you okay with people requesting songs?

DJ YO-C: I don’t mind it because it gives me an idea of the crowd’s taste. But, the request has to fit. I won’t play it if it ruins the set or turns off the vibe. 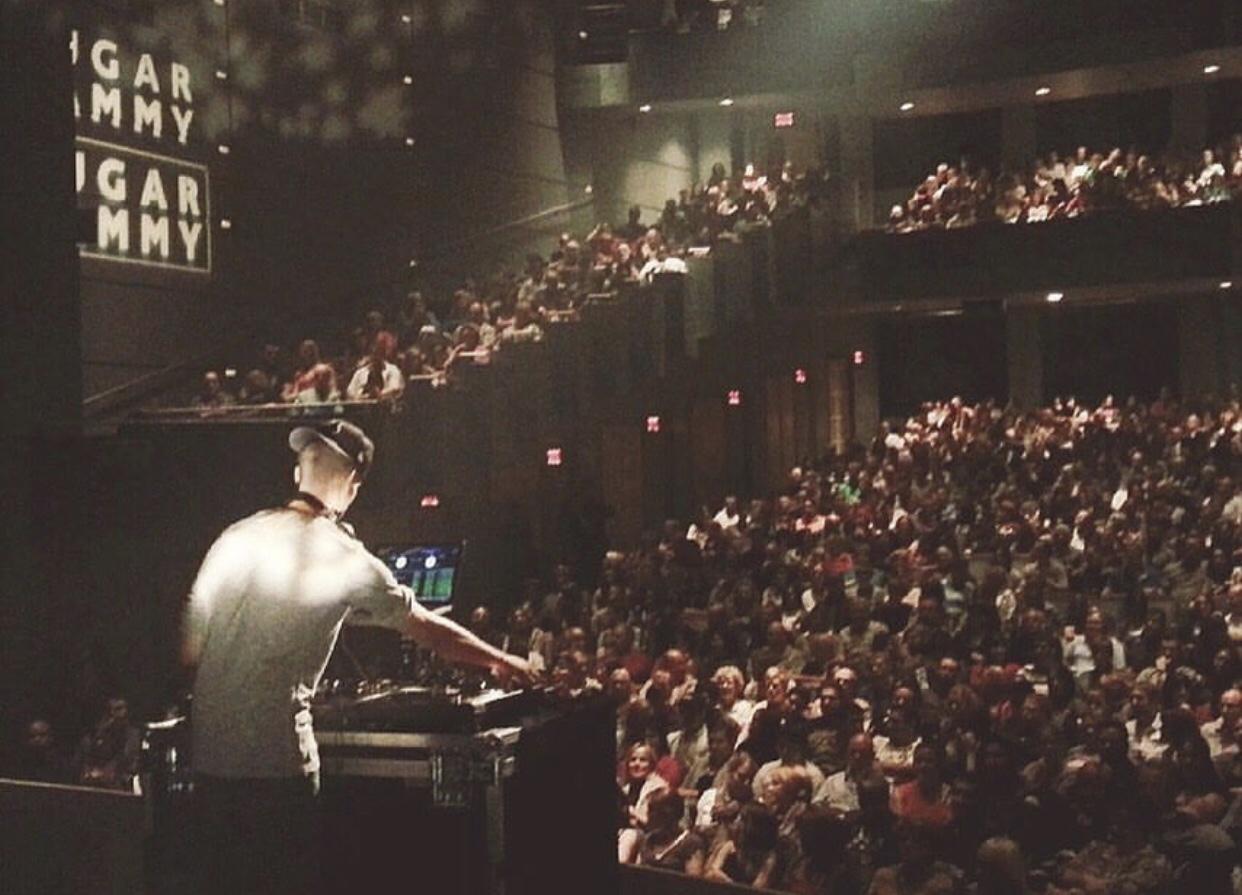 EnteringManhood: What song gets people going the most so far in 2019?

DJ YO-C: Blueface is blowing up in Canada. Everybody is remixing Blueface’s stuff. Nicki Minaj and Cardi B are also hot right now. Reggaeton is poppin’ too, especially on the east coast and in Montreal. It all depends on where you are.

EnteringManhood: Tell us about your friendship with Sugar Sammy.

DJ YO-C: We’ve been touring together for the past six years. He used to promote clubs, and when I was nineteen he gave me my first club gig. He pushed me a lot and helped me get my name out there. I am grateful for him. Sammy had this idea of doing a one-man show in Montreal, and having me open. That became four years of touring in Montreal and Quebec. He’s really huge in France, and has a strong presence in Toronto. When touring with Sugar Sammy, I incorporate more scratching with the music selection, and mix French music with American music. 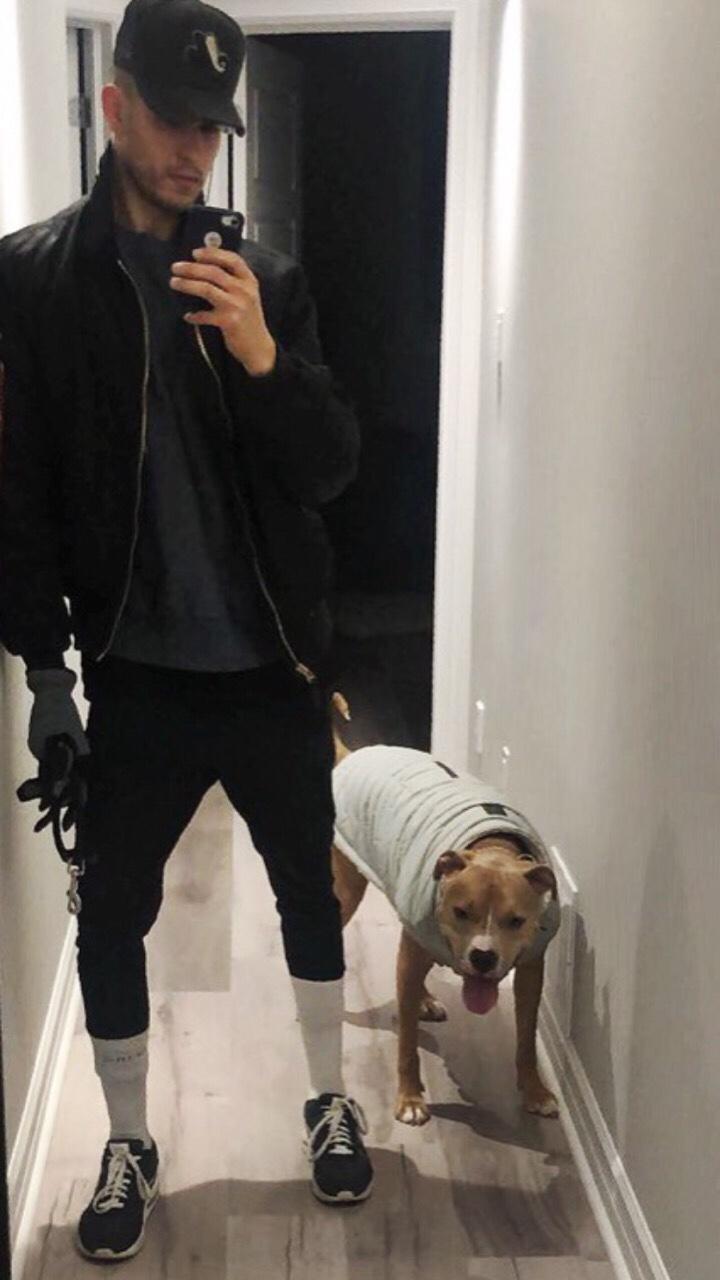 EnteringManhood: You’re a big dog lover. Do you have dogs now?

DJ YO-C: Yes, I am a dog lover and activist. My dog is my dog child. They love you and don’t ask for anything in return. I didn’t have a dog until this one, Tyson, who I’ve had for four years. Owning him gave me a change of heart about being a dog owner. He is a pit bull-lab mix.

EnteringManhood: Your birthday fundraiser for dogs in conjunction with Rescue All Dogs was awesome, and you raised several thousand dollars for the cause. What is the goal next year?

DJ YO-C: I haven’t thought about it yet, but I want people to have a reason to get involved. I don’t want any birthday gifts. Just donate to Rescue All Dogs. Saving more dogs is more important than having a cake or a gift. Save a dogs life. It will be more organized, bigger, and planned more in advance.

EnteringManhood: Are dogs truly man’s best friend? Should every man get a dog?

DJ YO-C: They are man’s best friend, and I would love to say yes to everyone being an owner, but it depends on the person. You have to consider how they would be with the dog. Animal cruelty is a big problem, and I’m not sure how everyone would react to having an animal. Me personally, I have a dog sitter when I travel, and the sitter messages me and sends me pictures of Tyson daily. I miss my dog more than humans. If you let a dog work its magic on you, you will realize how special they are. 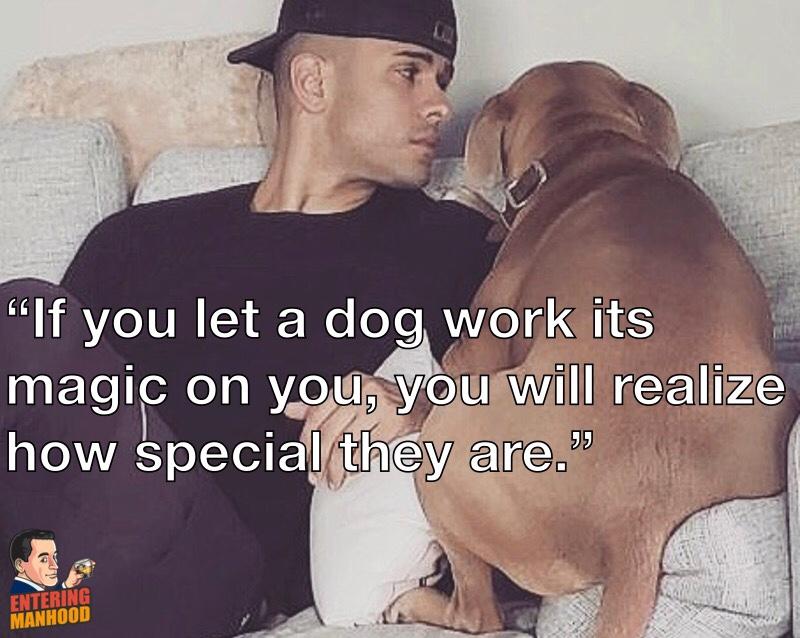 EnteringManhood: Are there any big events or projects you’re working on in 2019?

DJ YO-C: We have some restaurants in Montreal that we will be making bigger with more awareness in certain places. We are going to grow them to potentially get acquired by a larger brand.  Awareness and growth makes you interesting, and more likely to be acquired. As for DJing, I am going to be traveling with DJ Sammy, while doing more LA and Montreal gigs. My plan is to take my profits and reinvest them so that eventually I won’t have to work as much. I want a family and kids one day and I want to spend my life traveling and enjoying them. 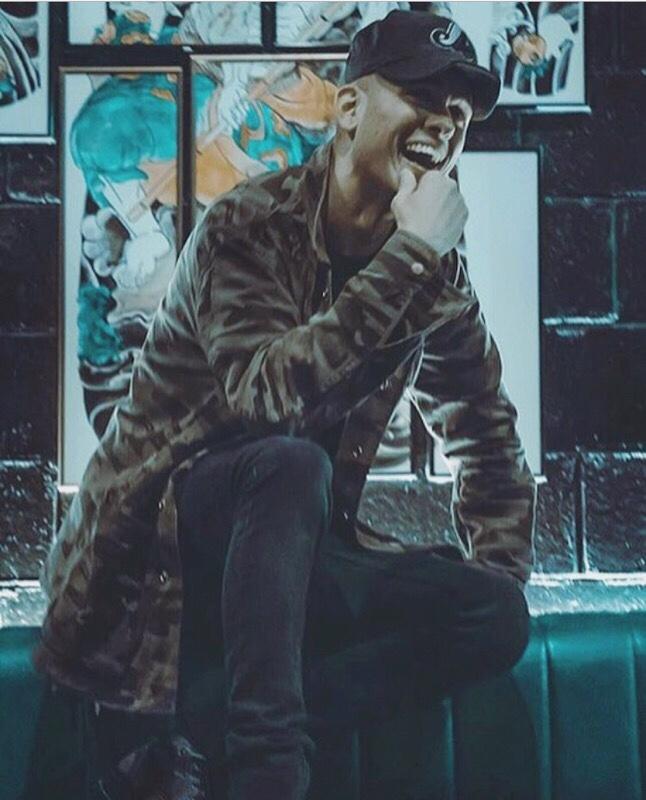 EnteringManhood: Do you have some advice for young men who are pursuing their dreams?

DJ YO-C: Passion. If you have a passion, sometimes it can translate into making money, like DJing has for me. With that money, I was able to invest in restaurants and real estate. Be smart with your money, and don’t spend it if you don’t have to. Don’t go to the club and blow lots of money on bottles.

Don’t spend tons of money on something you will literally piss out in a few hours.

Start saving money if you’re young. If you don’t come from rich family, understand that the only way for you to make good money is to have money. Work hard, save your money, and make your money work for you. Read a lot, and learn about people that have “made it”. See how they made it. Always ask successful people questions. Be interested in learning how they got where they are.

Surround yourself with friends who are positive and going somewhere in life. Successful people. Not people who will waste your time. Age doesn’t matter. Have a mentor. Get to know people that are already involved in successful business. Learn from their failures and let them teach you. Understand that sometimes you have to fail to grow.

If you’re investing in real estate; inform yourself. Ask questions. When you plan to buy, look outside of the big cities. Look for deals on properties that are more reasonable to invest in, and then make your money work for you. Eventually it pays for itself. That’s where you win. Open a business you’re passionate about. Don’t do something just to make money. Love what you do first. Passion translates into making money.

For more information on DJ YO-C: