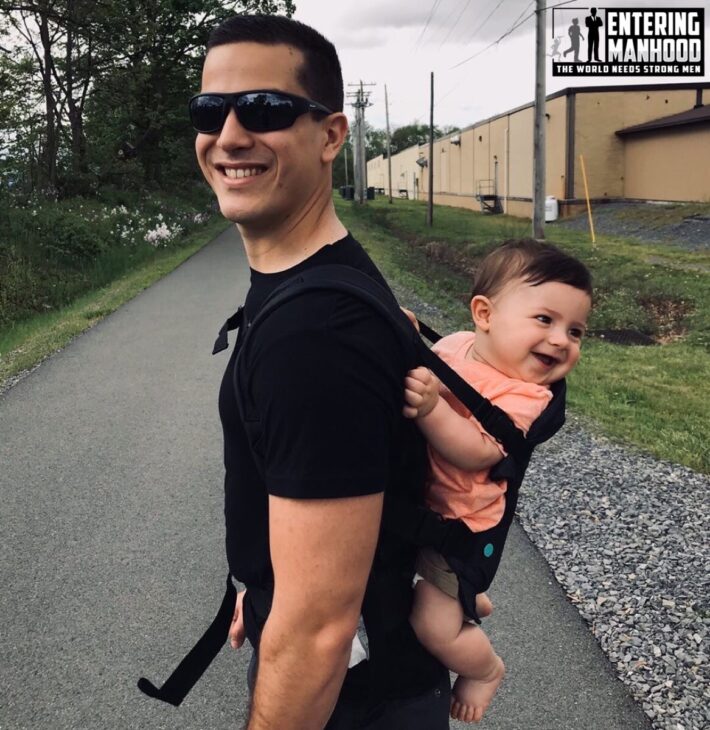 May’s Dad of the Month is Dan (@danmatthew71)! He is a dad and a husband, living in the United States of America with his wife and 7 month old son. A self described family man, he enjoys woodworking and building things. He and his wife are in the process of buying their first house, a fixer upper project. Having an infant who just started to crawl has made things a bit busy for them right now.

Like many young men today, he remembers turning 20 years old and realizing how backwards everything had become, culturally and practically. All of the messaging was: more higher education, more debt, more progressive foolishness, less masculinity. Like any good man, naturally, he decided to do the opposite.

Dan packed his bags, moved across the country, married his wife, and began his family. Fast forward and now they have a 7 month old son who has taught him more about life than he could have ever dreamed… and as all parents know – kids are a handful.

Dan and his wife are still in the thick of diapers, nap times, baby food and strollers, but one thing he emphasizes is that parenthood is one of the best things you can ever do. It’s not easy, but it’s also not as hard as it may seem.

Dan believes in raising your kids the right way. “Teach them the value of hard work, perseverance generosity, kindness and graciousness. Most of this will come naturally, but it’s important you don’t let them misbehave and become a terror. I think we can all agree there’s enough selfishness, competitiveness, and disrespect in the world; it comes back down on parents raising their kids to be kind, instead of having an entire childhood of bad behavior.” 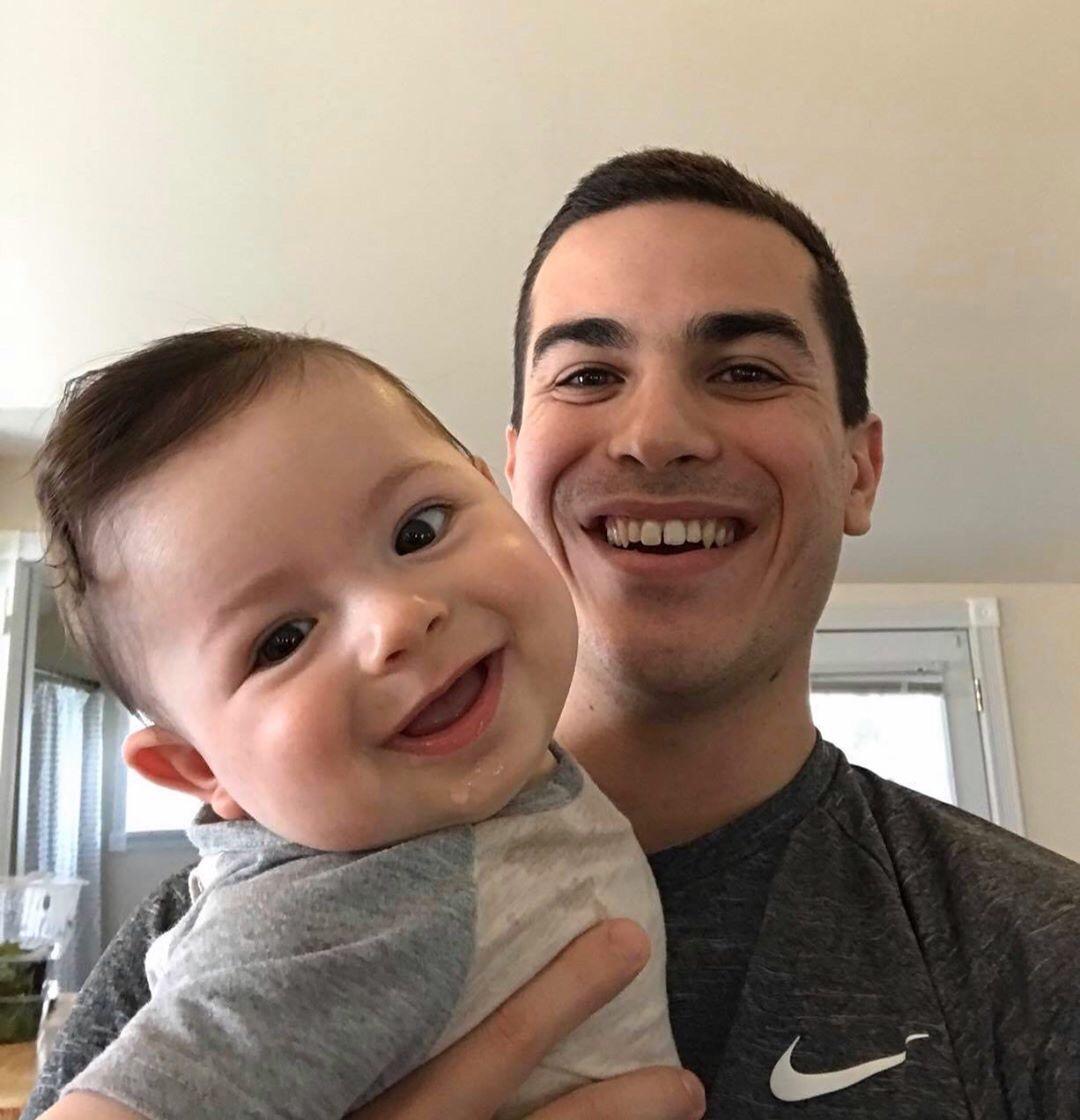 Dan references a lecture by Dr. Jordan Peterson, in which he made an illustration about the oft neglected portrayal of little boys and girls ability to be brave and noble. This notion was successfully depicted in movies such as The Polar Express and Harry Potter. Dan says it’s worth the effort to correct bad behavior and teach them good values.

His favorite part about being a Dad is rocking his son to sleep. Being that infants will cry (possibly hysterically) when you set them down to go to sleep on their own, parents need to have a strategy to ensure their baby can get a good night’s rest. Everyone has a different approach, but for Dan. being able to scoop up his boy and see him close his eyes and actually go to sleep because dad is holding him is priceless. He says no amount of money can replace that special reality.

We salute you for being a great Dad, Dan! Congrats.