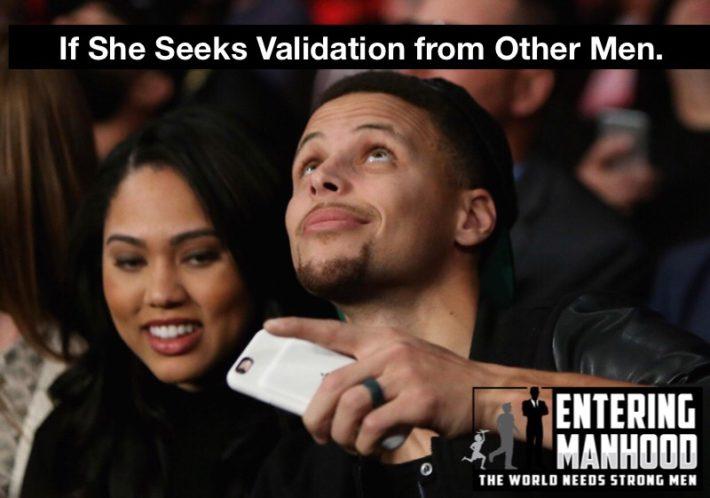 Those following the gossip columns may have come across a story about Ayesha Curry, the wife NBA superstar Steph Curry, this week. Ayesha was on the talk show “Red Table Talk” and mentioned she is “bothered” that she does not get attention from men other than her husband.

“What really bothers me,” Ayesha started. “And even has given me a little bit of an insecurity, is the fact that yeah there are all these women throwing themselves, but like the past ten years, like, I don’t have any of that. I have zero, this sounds weird…but like male attention. I don’t want it, but it would be nice to know that someone’s looking.”

Feminists were quick to side with Ayesha over the comments, rarely including any logic behind their responses. While most focused on the plight of the married mother, trading her independence for a family (how dare she), all failed to acknowledge the concepts of respect and the sanctity of marriage. On top of that, all ignored the implications her comments had about Steph Curry, so we decided to break down the many twisted elements of her “feelings”:

Ayesha Curry is allegedly “happy” in her marriage to one of the most successful NBA players in the last decade. They have a family together, and Steph Curry is considered a “good guy” off the court. He’s never in trouble with the law, he’s known to be faithful, and we’ve come to understand that he’s a good dad. Based on this alone, it seems that Ayesha has done well in marriage and found someone of elite quality that treats her right and loves her. The couple’s marriage is portrayed by the media as being one of happiness, class and high moral integrity. So, what’s missing?

Why is Ayesha bothered that other men haven’t attempted to disrespect the sanctity of her marriage? For someone that seems to have it all, why does she feel unfulfilled? If Ayesha feels she is missing out on attention, flirtation, and validation from other men, what does it say about her husband, Steph? It implies that what he is providing for her somehow is not enough. How embarrassing for the two-time NBA MVP. 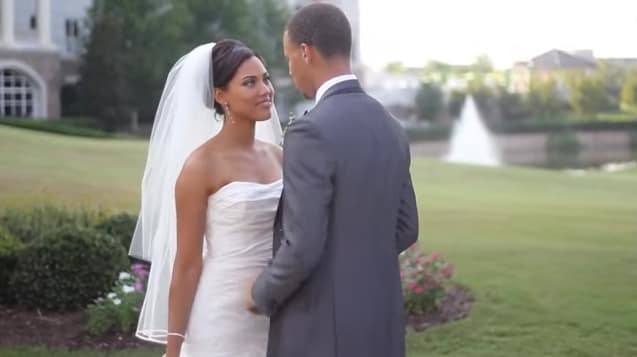 Her Ego vs. Her marriage

Ayesha Curry is saying her ego is fueled by “things” other than her marriage, children, personal success, wealth and lifestyle. Based on her comments, one of those “things” her ego requires is the admiration of other men. It disappoints her that these other men (likely inferior to her husband in most ways) haven’t attempted to give her inappropriate attention. Let’s face it; when a man gives sexual attention to a married woman, the intention is to potentially engage her in activity that would be considered infidelity by most. In layman’s terms, a man hitting on a married woman is trying to have sex with that married woman. Ayesha Curry is saying she’s disappointed she is not receiving this type of attention. Huh? She is clearly expressing she would be pleased if random men were disrespecting her husband and her marriage, all to satisfy her undeveloped ego. How fucked up is that? If someone tries to break up a marriage, they are disrespecting three entities: husband, wife, and marriage, along with the kids.

If you hit on a man’s wife, you do not respect that man at all. You believe what you are offering is superior to what this man provides his wife. You probably feel he cannot do anything substantial to “defend” his turf, a.k.a. his marriage. You are implying a total lack of respect for the life he’s built.

When a man hits on a married woman, part of him believes his tactics will be successful, creating a situation where she will cheat on her husband. Any cheating spouse is not worthy of respect, because their actions show they cannot honor a promise, and they would trade their integrity and relationship with a trusted “life partner” for a fleeting moment of sexual satisfaction. This is a weak, untrustworthy and despicable person. So, if a man believes a married woman is open to sexual advances, this is how they are perceiving this woman. When two people get married, they are supposedly buying into the concept of marriage, as they recite lifelong vows in front of family and friends. They’ve created a shared promise to honor their vows, committing time, money, and emotion to the sacred pact. When someone hits on a married person, they are showing no respect for the institution of marriage itself, assuming that the vows and plans previously made are easily broken. They’re basically saying what you’ve built is shoddy and lacks value. Ayesha Curry is asking for other men to disrespect her marriage, just to boost her ego.

A good ego boost never hurt anyone, but does it fuel you? Is it required to be “happy”? Does Ayesha’s life leave her with a lack validation? If so, it says something about her core values. It appears she has checked all of the boxes, but the only thing missing is feeling “wanted” by men other than her husband. One would think that by age 30, a grown woman would have evolved enough to appreciate the more important aspects of life, instead of catcalls and inappropriate social media DMs. Isn’t the entire #metoo movement focused on women being more than sexual objects? Maybe Ayesha Curry didn’t get the memo.

Five Things to Consider Before A Marriage Proposal

Kobe Bryant on Life and “The End”