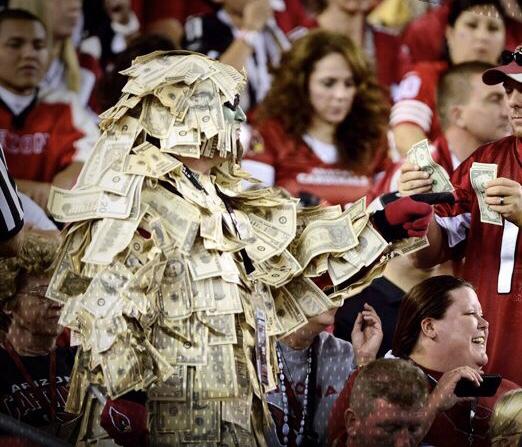 Some of the best payouts come from purchasing Super Bowl boxes, where one hundred combinations of numbers generally yield many lucrative prizes. Boxes, or “Squares” is played on a 10 by 10 grid, with the numbers zero through nine labeled on the first row and column. Bettors are randomly assigned a square until all the squares are filled (some forms of the game let players choose their square).

Statisticians have embraced the challenge of finding out which square has the best odds of hitting. In 2015, FiveThirtyEight calculated the projected payout for each square based on data from 10 NFL seasons. The Harvard Sports Analysis Collective calculated the same projected payout in 2013, but used 32 years of playoff data and factored in the difference between a favored team and an underdog.

If you watch football often, you don’t need a statistician to tell you which numbers are best, since they are the common numbers you see. The most likely combinations involve zero, three, four, and seven. FiveThirtyEight found that the (0,0) square pays out an attractive $19.70 on a $1 bet after the first quarter, and stays an above-average combination throughout the game. The Harvard Sports Analysis Collective says that (7,0) or (0,7) is your best bet for the final score, especially if you have the favorite as the seven and the underdog as the zero.

The worst squares are the combinations including two, five, or nine. For a team to end up with that score, they would probably need a two-point conversion or a safety.

Two, five, nine: Place a new bet… maybe try the over in this year’s game!

Will Your Super Bowl Box Pay Out?

London Brown on the Final Season of HBO’s “Ballers”