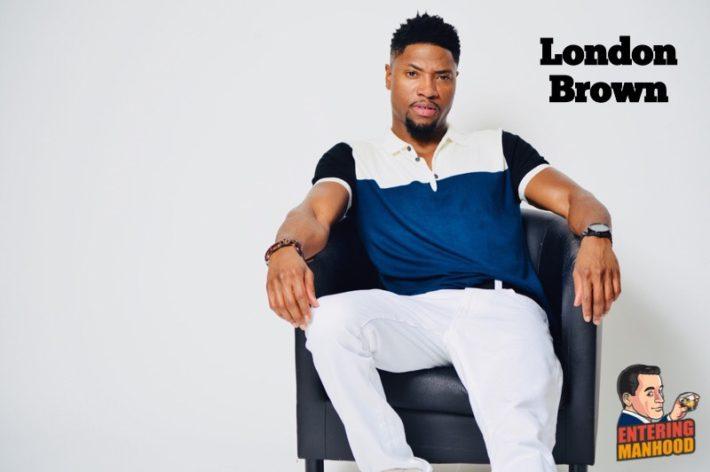 IF YOU’RE A FAN of Dwayne “The Rock” Johnson, football, or Entourage, chances are you’ve tuned in for HBO’s hit series “Ballers”. The program’s fifth and final season premiere’s this Sunday, August 25th on HBO. Baller highlights the lives of NFL players and their families, friends and business associates. One of the popular characters emerging over the show’s four year run is Reggie, played by London Brown, who happens to be one of Hollywood’s hottest rising stars. 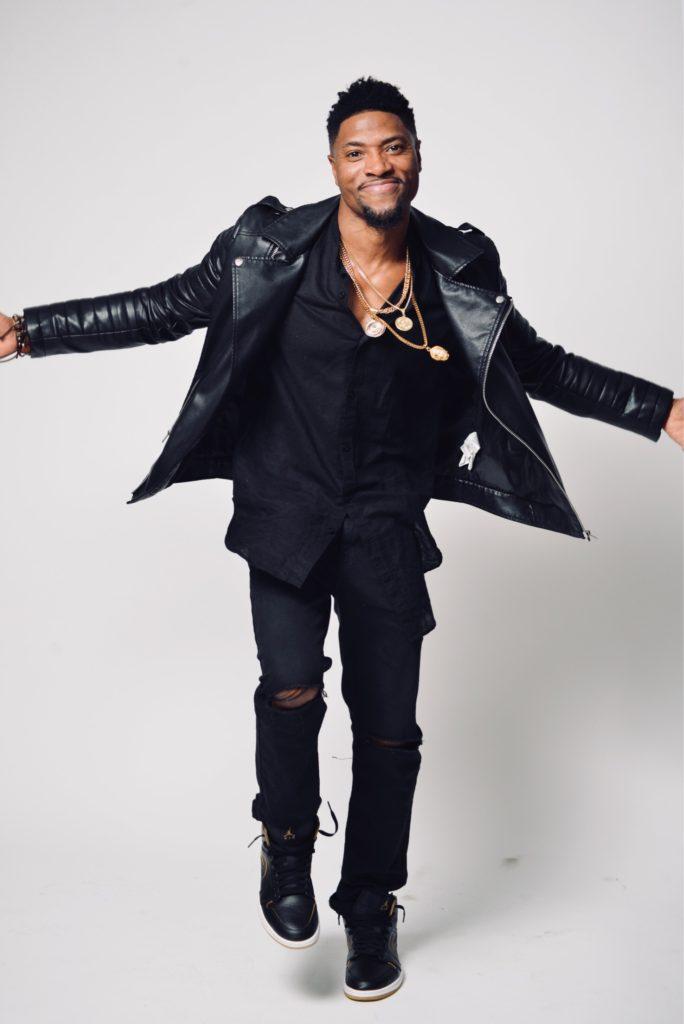 The recipient of the 2013 Black Comedy Awards ‘Best international Comedian’ was born and raised in LA, but didn’t realize acting would be his career until high school. Before “Ballers” stardom, he was booked on a FUSE program called “The Hustle”, while simultaneously working an after school program job. The moment he was able to quit his day job, London decided he was never going back to it.

“You can’t buy your mom a house or a Ferrari right away. You need to accept lots of ‘no’s’, but don’t be discouraged enough to quit if you really believe you’re supposed to do this.”

Inspired by a host of actors from Denzel Washington to Ryan Gosling, London is a student of his craft. But before London Brown becomes a household name, chances are he will have to stand toe to toe with Dwayne “The Rock” Johnson yet again on Ballers. We sat down with London and asked for the inside scoop on season five.

“The show seems to reinvent itself every year. The skateboarding thing was cool, but based on what Spencer implied at the end of season four, it looks like we may take things back to a football and family focus. Those themes are why people tuned in to watch originally. I’m up for whatever, including whoever they pair me up with. Rob (Corddry) and I had lots of positive feedback last season, and if we’re together again, I would be happy to do it. The fans seemed to like it, but believe it or not, I haven’t watched seasons three and four yet! We film in the Spring, so by the time Summer rolls around I’m busy doing stand-up, and I’m still touring now. I primarily work the LA scene, but the tour also includes Jacksonville, Tampa, Naples, Minneapolis, ant Atlanta. I’ll be touring until the new film drops in Spring.” 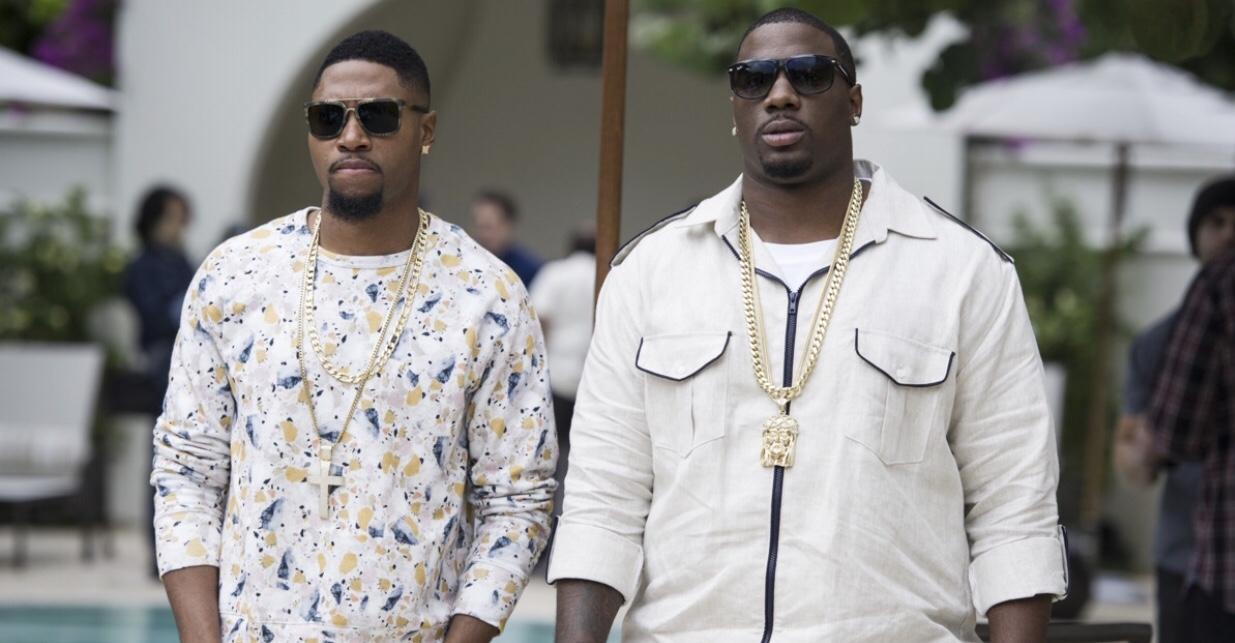 “BALLERS” HAS GONE from filming in Miami to Los Angeles, with lots of other stops along the way. Miami has been London’s favorite filming location, adding that the weather and environment make it easy to focus. Being a stranger to Miami, he got solitude there, focusing on cooking and the gym. He compares Miami to a “dialed down Vegas”:

“Vegas is like a shot of tequila. Boom! Three days and you’re good. You don’t really sleep in Vegas. If you stay any longer than that, you’re a zombie walking around trying to find the casino exits and understand where the money went.”

He says Miami is the best of two worlds: 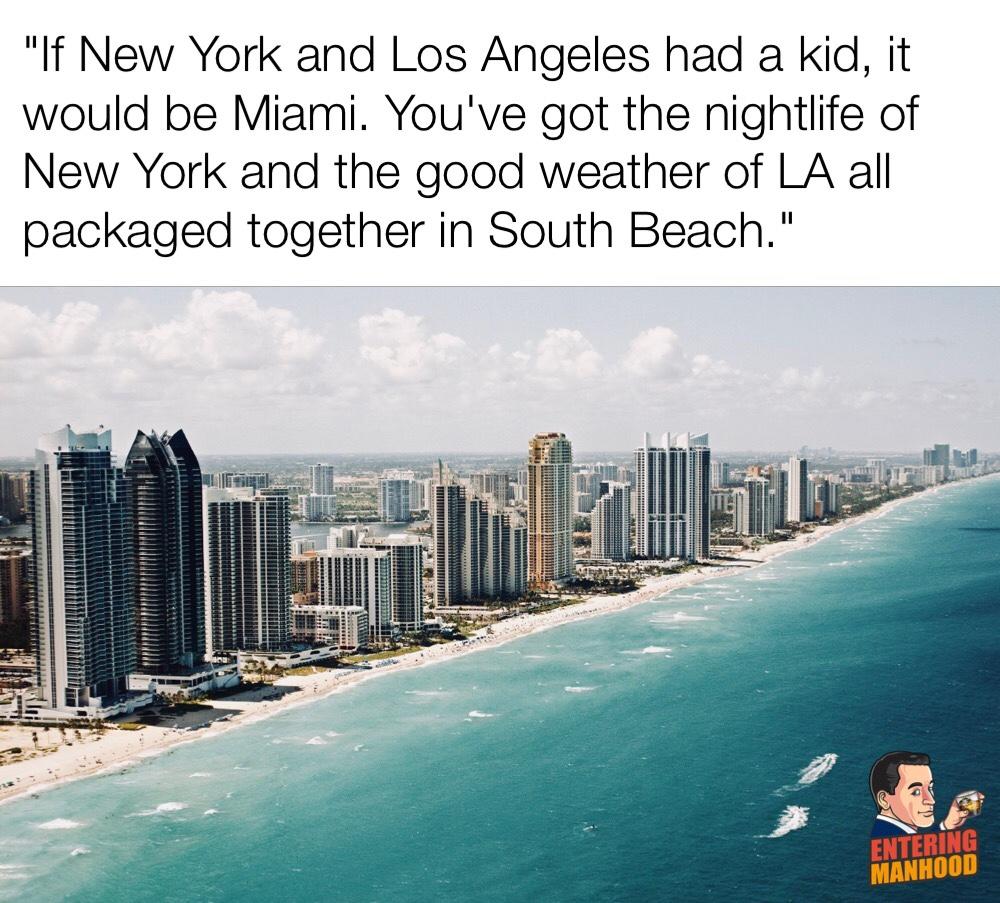 Reggie and the gang have experienced some wild times through four seasons, and knowing how these characters enjoy a good party, we wondered what would Reggie and Vernon do if they had one free night in Miami.

“They would club hop, hit up some mansion parties, and just have a turnt up night with no sleep. The next morning they would probably wonder what happened, which could make for a very cool new episode! If Vern was down and out, Reggie would show him how to have a good time, but would be responsible for explaining what Vernon did. Maybe he was in jail for a couple hours, too.” 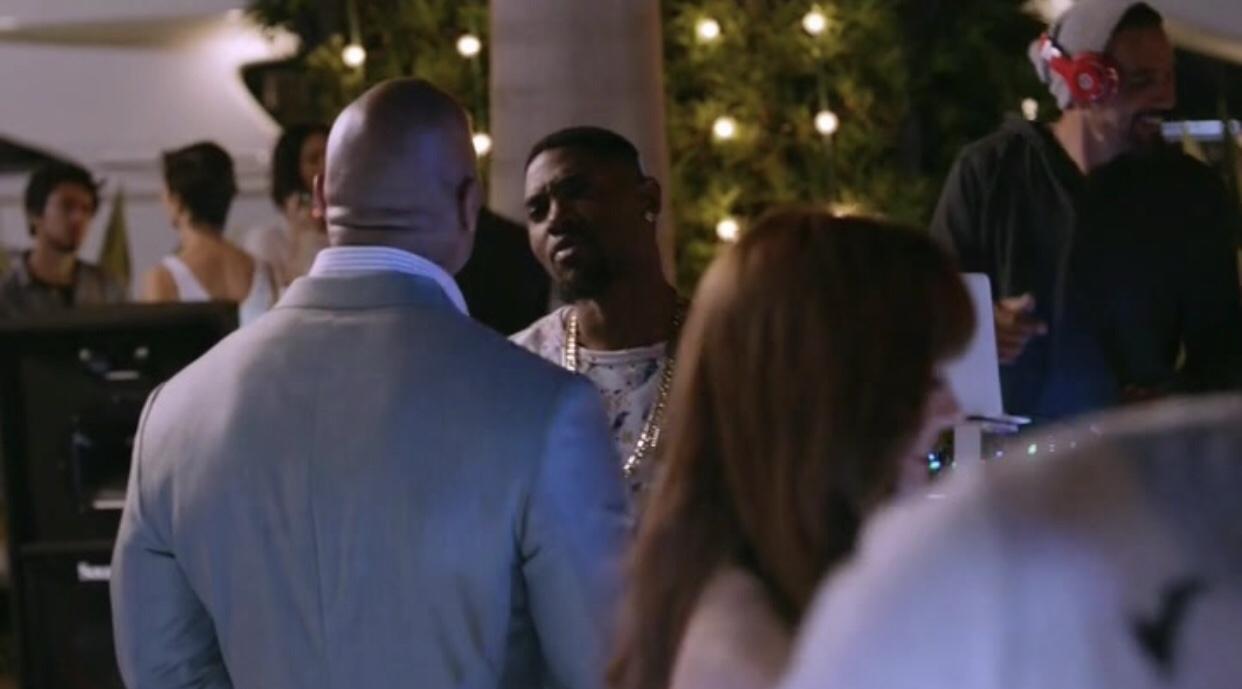 FACING ‘THE ROCK’. Vernon’s agent, Spencer Strasmore (Dwayne the Rock Johnson) would not be happy about this debauchery. When asked what it’s like to work with The Rock, London told us:

“He is super cool. A really nice guy. Humble, and a great example of someone getting stuff done. He’s always responsible and shows up with no ego, creating a good atmosphere. The actors appreciate this, and it sets the tone for everyone. He’s a kind dude, and his work ethic is what makes him number one. It’s good old fashioned hard work.” 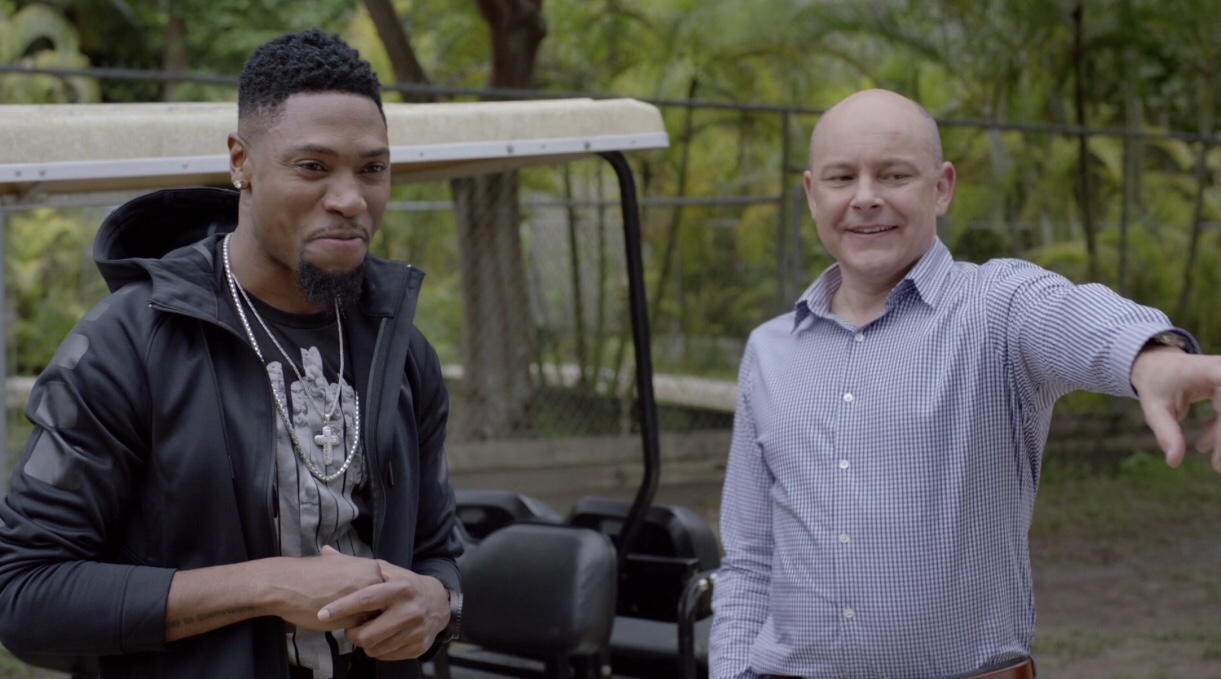 Reggie and Joe (Rob Corddry) had some funny escapades last season. Is Rob as fun as he looks outside the set?

“Joe is super cool, and has no ego. He’s a really nice guy. On set we talk about music and comedy. He’s really dope, and I have learned a lot from him. Whenever I have questions about the acting game, he shares what he knows. Ballers has some of the same writers as Entourage, and occasionally they let Rob and I go off script, which adds to our chemistry. ” 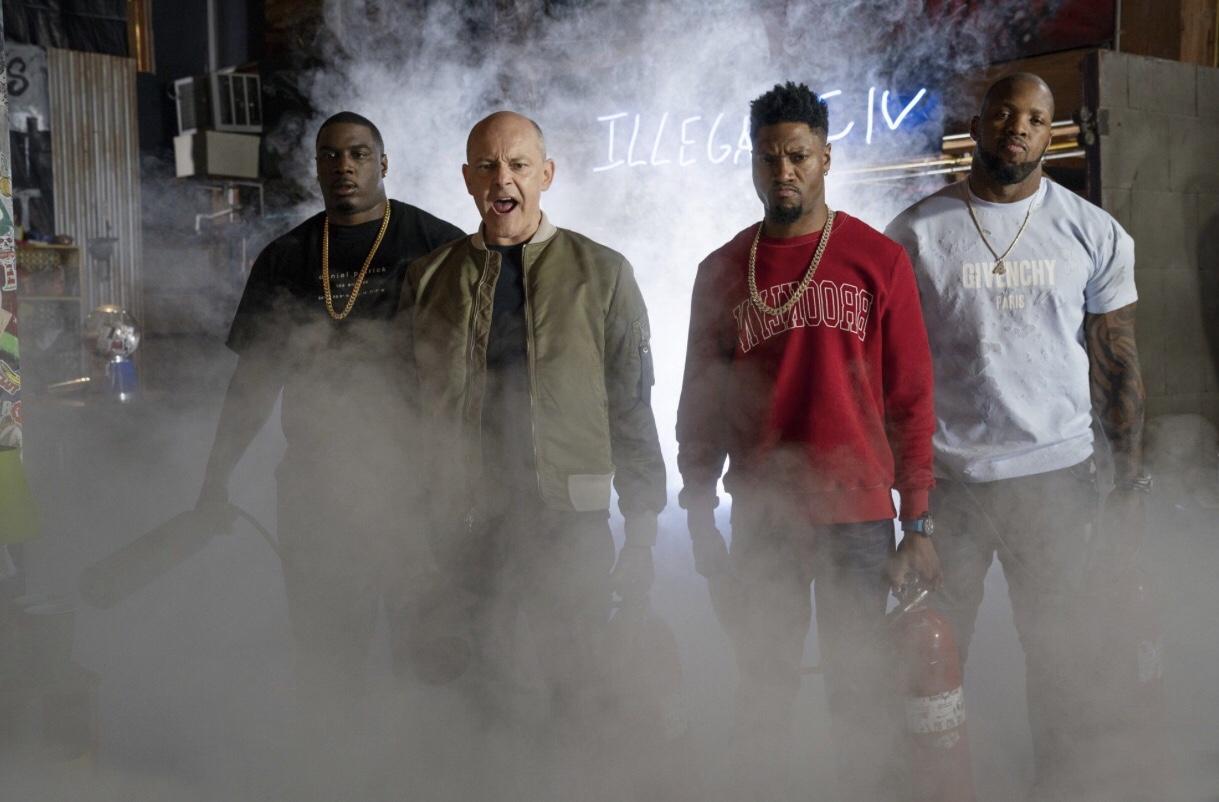 Reggie is a very relatable character for viewers because he’s a regular person and not an NFL player. Last season, Reggie and Joe had challenges dealing with the younger generation, specifically the skateboard kids. To get the job done, they got tough with those kids and it worked. Do you see this as a common challenge in society today; two generations that don’t know how to communicate? Is there a solution for this?

“The challenge comes from not understanding each other, and the solution comes down to having a conversation. Millennials must learn to understand more experienced people who have ‘been there and done that’. The older generation must interact with and understand millennials who know ‘how to do this and that’ more efficiently. Between the two, a lot can be learned. I am a big advocate of youth programs that bridge gaps between the new and older generations. I’ve always worked to connect with young people. Today, young people make up a very large part of the population, and technology is being adjusted for them. As savvy as they are, they can’t be above listening. As a young man, I always tried to seek wisdom from those who did it before, which taught me how to avoid the mistakes they made.”

You might want to check out this new book “The Millennial Whisperer”. Written by advertising industry executive Chris Tuff, it explores the best ways to recruit, train, manage and motivate millennials today. Simply put, it’s a textbook on how two generations can best communicate. 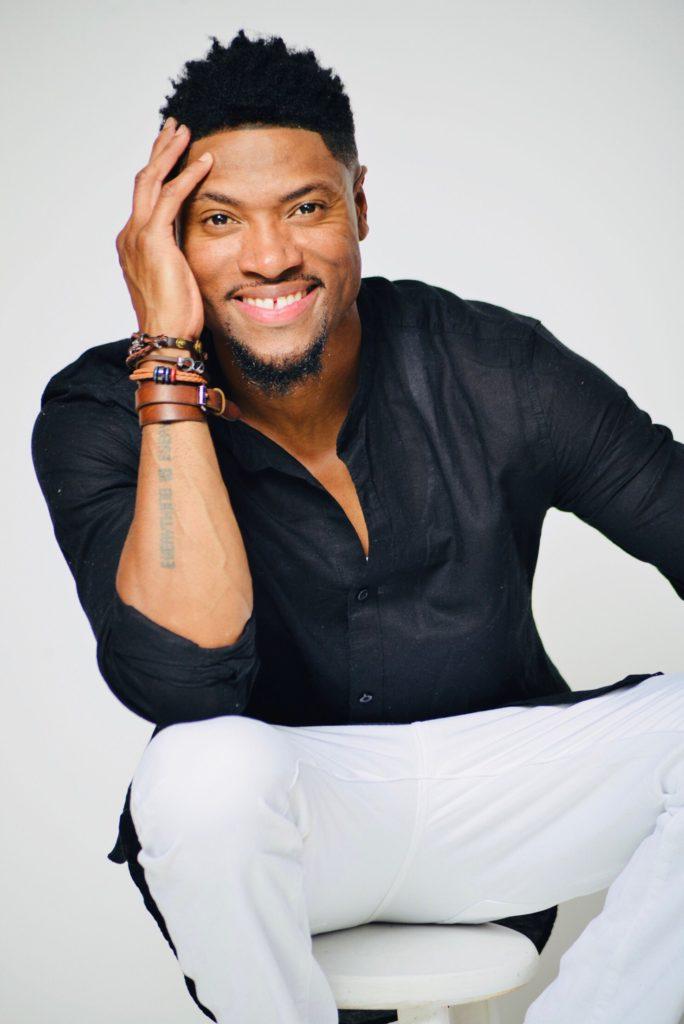 GETTING PERSONAL WITH London was easy. He is very philosophical, with a keen interest in understanding social issues and human interaction. London seems unfazed by the fame and recent string of success. Since Enteringmanhood is dedicated to helping guys become strong men, we asked London for some advice to give the millions of men that are still working to achieve their dreams.

“The main thing is to first decide what it is that you’re supposed to do. What is your gift and passion. What makes you happy? Once you identify this, pursue it every day. It doesn’t matter if it’s something grand or micro, use every day to get closer to where you want to be. If something doesn’t line up to that goal, cut it.

The two major keys to happiness are doing what we like to do for a living, and being able to spend time with people that make us happy.

Without this, you are unhappy. This is why people that have jobs that pay great money still are not fulfilled. You have successful celebrities committing suicide. All of that fame, star power, and money and they’re still unhappy. Maybe they are not doing what makes them happy. If they were, it would roll over into everything else, change their attitude towards life and others, and they’ll be fulfilled. They wouldn’t be abusing drugs and alcohol. There are lots of depressed people, just getting by living paycheck to paycheck. If they were doing what they love, they could get through it without the money because would be fulfilled in a completely different way. Workaholics usually don’t like who they go home to, so they hide at the office. The opposite is employees calling out sick because they hate what they do. None of these people have achieved both things that can ultimately make them really happy.” 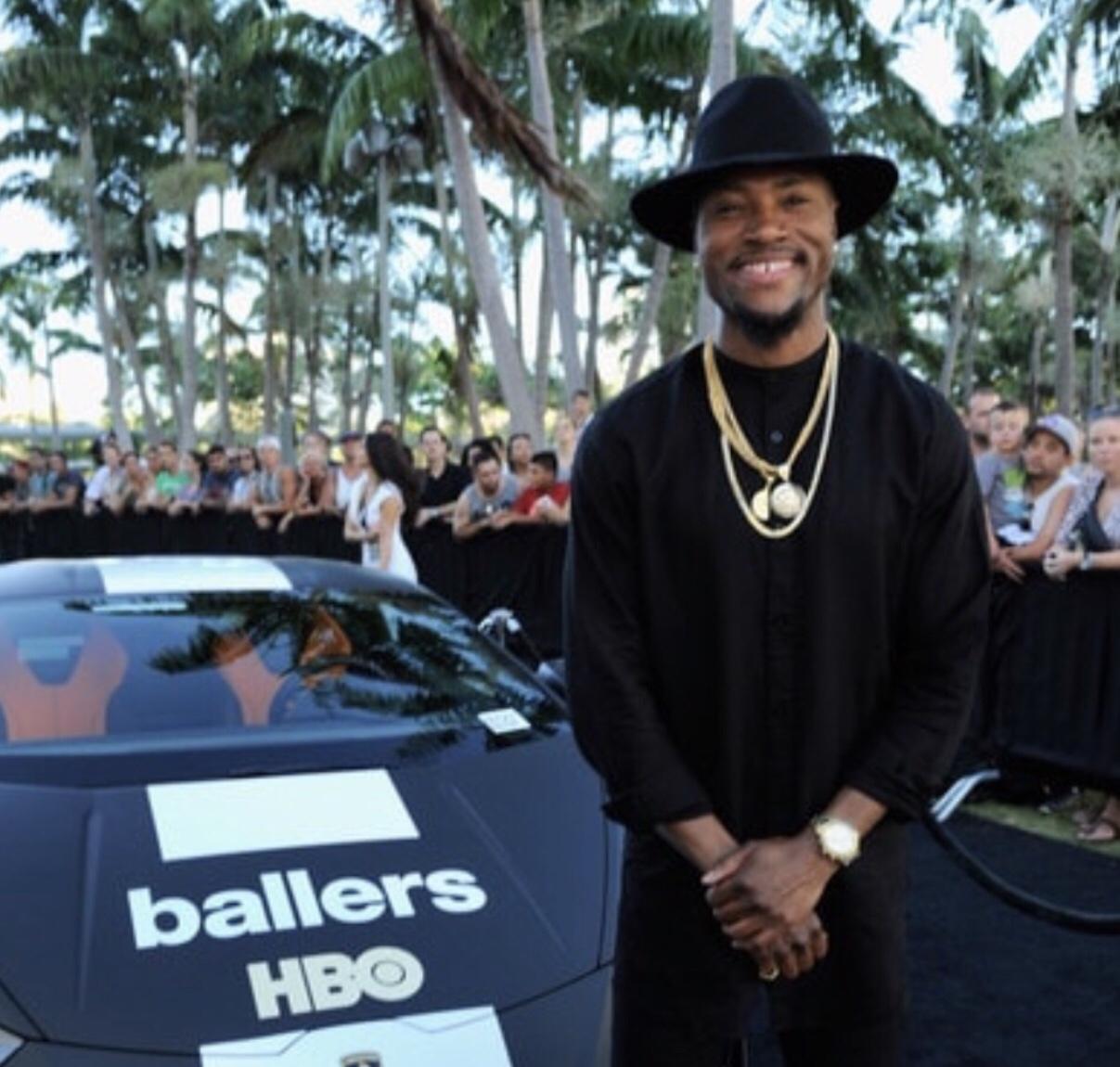 Much of Enteringmanhood’s content focuses on dating. We asked London about potential love interests for himself and his alter ego Reggie.

“There was one for Reggie in season one, but the scenes were cut because of something happening in the NFL. Outside of Ballers, the other roles I’ve been taking have love interests. In one of the films, I actually got married and in another one I proposed. As for me personally, I get enough marriage talk in acting and I am not in a rush to get married. I still feel like I have a lot more to do to get to that level.

I see a lot of friends who were married, but are not together anymore. They were probably too young when they got together.

I want more stability and more movies under my belt first. I think the reason many marriages don’t work out is because people don’t change when they get married. In fact, the ego comes to terms with the fact that it’s stuck. it stops pretending to be someone else and it settles into who they really are. Children, cohabitation and marriage cause people to drop the ego, and they can’t pretend anymore. They realize they’re stuck where they are, so they might as well be who they really are. Dating is easy because over a few weeks people see the best of you. Once you have to live with someone consistently, it can change things.” 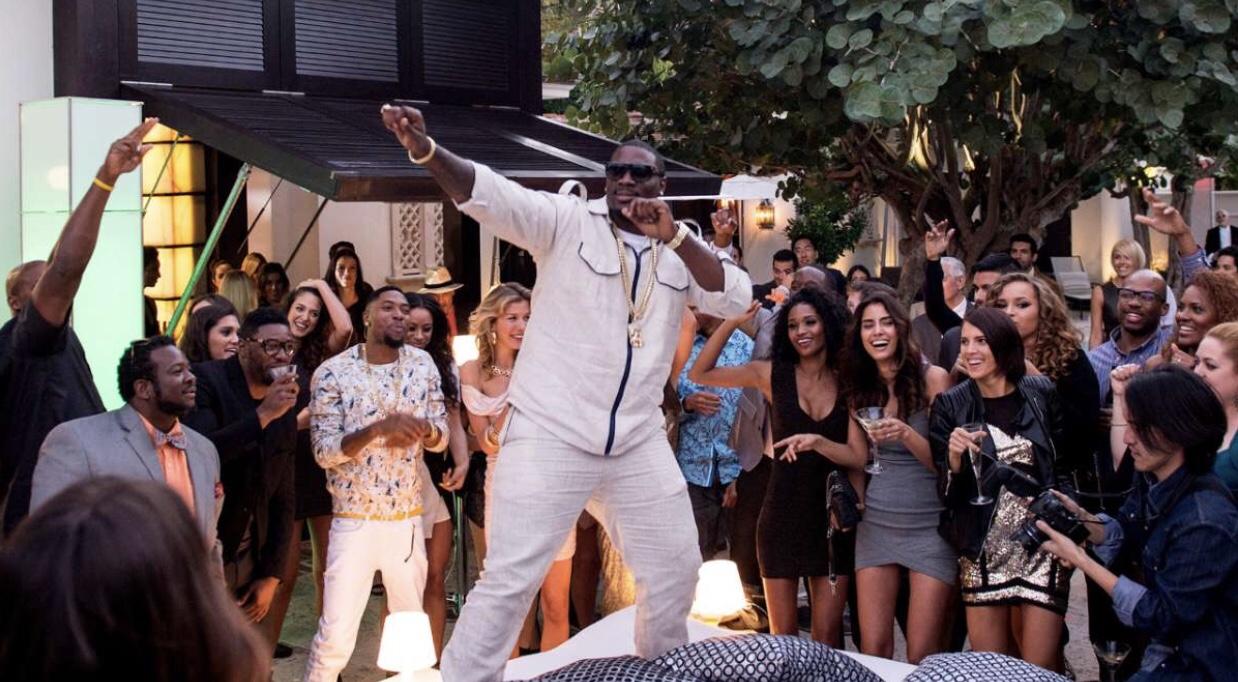 London is known for his comedy in Ballers, but audiences will soon be seeing him in a host of diversified roles. Be on the lookout for  “Asia A” , a film where London dramatically portrays a paralyzed athlete. The movie is circulating within the film festival circuit right now, with London winning ‘Best Actor In A Short Film’ at the Overcome Film Festival. Here’s hoping we get to see Reggie and Vernon partying in Miami on a Ballers episode soon.

Will Your Super Bowl Box Pay Out?

London Brown on the Final Season of HBO’s “Ballers”