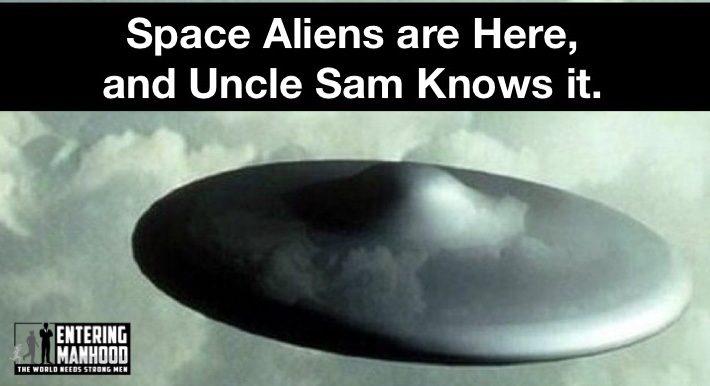 Are we alone? The question has changed a bit over time, and now the masses are wondering if we are not just alone in the vast universe, but whether or not we are alone on our own planet. That’s right; I’m talking about aliens, right here on our big blue Earth. As far-fetched as it may sound, some very recent (and serious) news articles have come out, hinting at the idea that space aliens are, and have been, visiting Earth.

Just yesterday, an article was released detailing the US Navy’s interaction with “unexplained aerial phenomenon” over the east coast in 2014 and 2015. The pilots told the paper they saw “strange objects” with “no visible engine or infrared exhaust plumes” reaching at least 30,000 feet and flying at hypersonic speeds almost daily while training off the aircraft carrier Theodore Roosevelt. 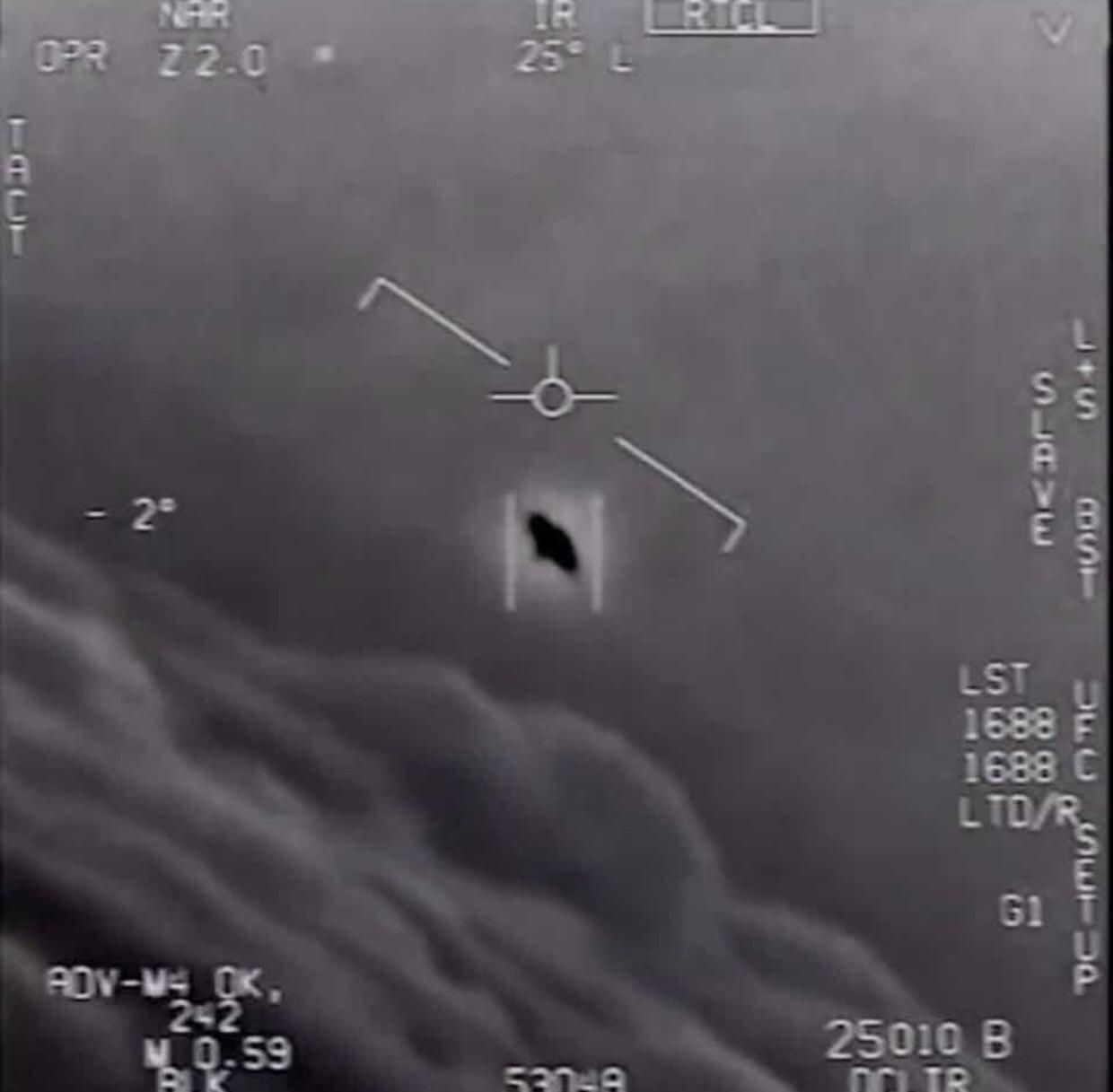 The unidentified flying objects were seen performing maneuvers that were “beyond the physical limits of a human crew,” like stopping rapidly, turning instantly or immediately accelerating at hypersonic speeds, the pilots said.

In 2017, the New York Times broke a story that the Pentagon was spending millions of dollars to secretly investigate UFOs, and with that also came video and audio of two US military jets’ encounter with a “fleet” of unidentified flying objects.  The fact that they admitted spending millions of dollars to investigate UFO’s in and of itself is incredible. On top of this, releasing real audio and visual of the actual encounter is a first of it’s kind. Usually, UFO videos are relegated to user generated content of clips on YouTube. This was an official government video!

This goes back to the late 1940’s, when the Air Force began a series of studies that investigated more than 12,000 claimed U.F.O. sightings before it was officially ended in 1969. The project, which included a study code-named Project Blue Book, started in 1952, concluded that most sightings involved stars, clouds, conventional aircraft or spy planes, although 701 remained unexplained. 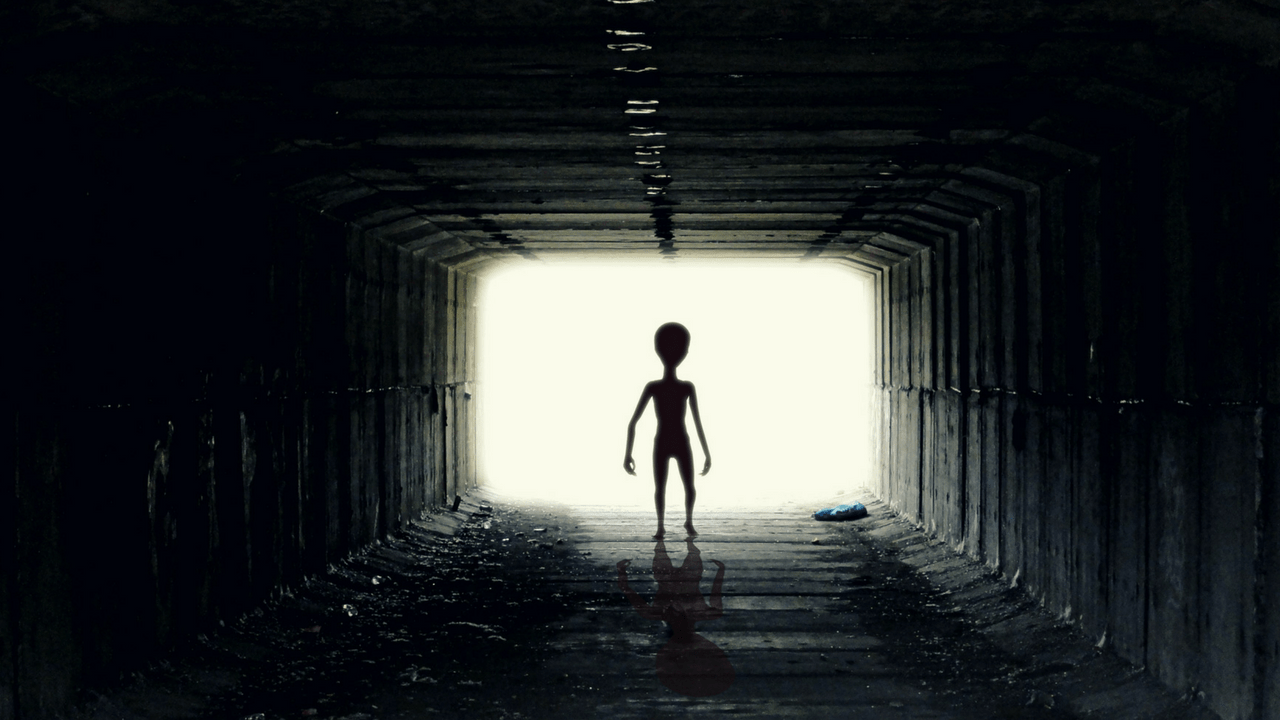 The countries of Brazil, Canada, Denmark, Ecuador, France, New Zealand, Russia, Sweden and the United Kingdom have been declassifying their UFO files since 2008. The French Committee for In-Depth Studies, or COMETA, was an unofficial UFO study group comprised of high-ranking scientists and military officials that studied UFOs in the late 1990s. 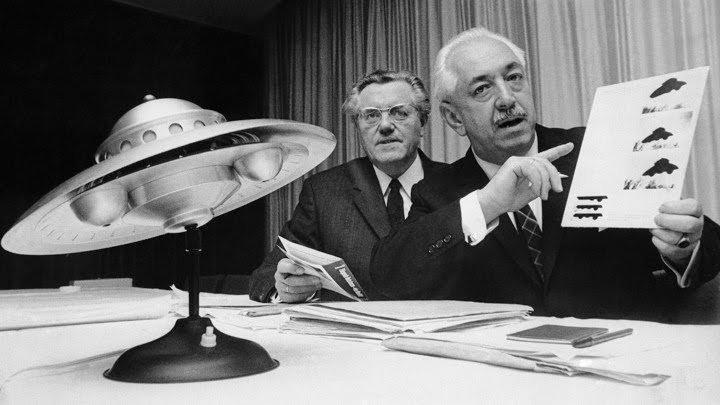 They released the COMETA Report, which summarized their findings. They concluded that five percent of the encounters were reliable yet inexplicable:

The best hypothesis available was that the observed craft were extraterrestrial. They also accused the United States of covering up evidence of UFOs.

Iran has been concerned about spherical UFOs observed near nuclear power facilities that they call “CIA drones” which reportedly are about 30 feet in diameter, can achieve speeds up to Mach 10, and can leave the atmosphere. Such speeds are on par with the fastest experimental aircraft, but unthinkable for a sphere without lift surfaces or an obvious propulsion mechanism. 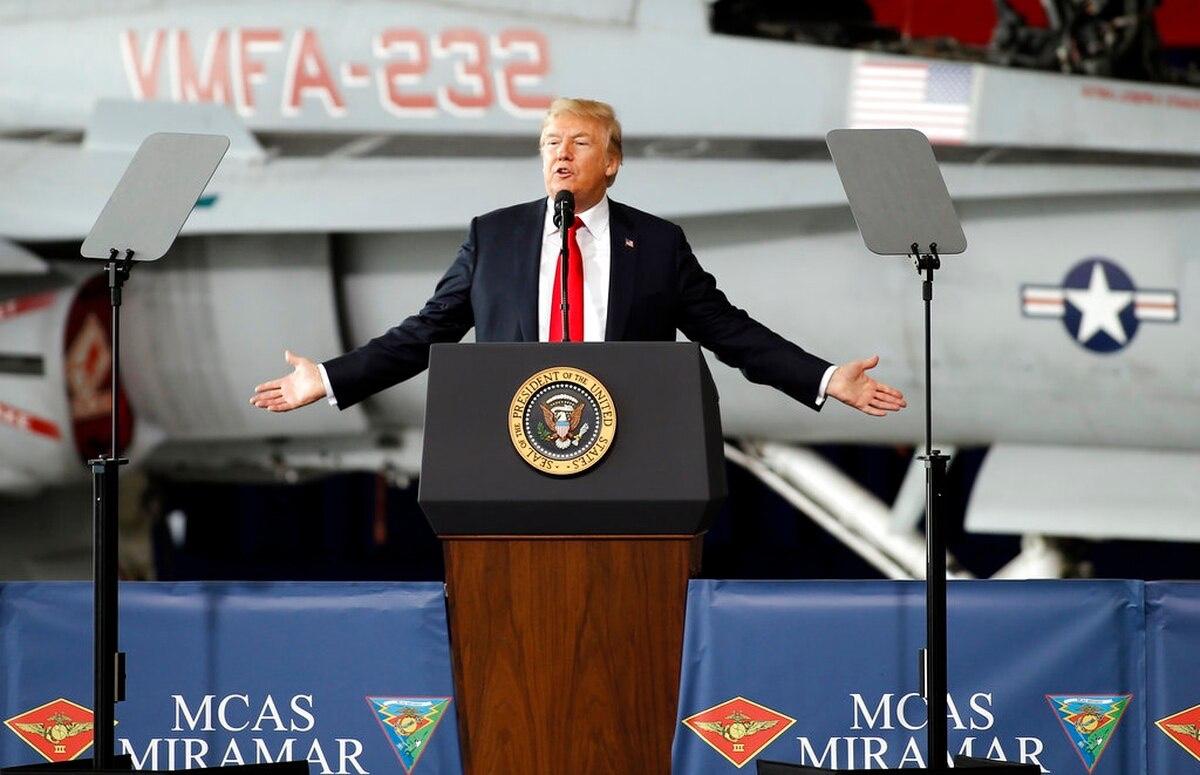 This year, the U.S. Navy drafted new rules for reporting such sightings, according to Politico. Enough incidents have occurred in “various military-controlled ranges and designated airspace” recently to prompt military officials to establish a formal system to analyze the unexplained phenomena. Members of Congress and their staffs have even started asking about the claims, and Navy officials and pilots have responded with formal briefings.

The Washington Post provided more details in its own story:

In some cases, pilots—many of whom are engineers and academy graduates—claimed to observe small spherical objects flying in formation. Others say they’ve seen white, Tic Tac–shaped vehicles. Aside from drones, all engines rely on burning fuel to generate power, but these vehicles all had no air intake, no wind and no exhaust.

For the record, I believe full disclosure is coming soon. In 2016, one of Hillary Clinton’s campaign speaking points was she would “open up government files on the subject of unexplained aerial phenomenon”. Her opponent, Donald Trump, seemed to double down on acceptance of the idea when he campaigned on the issue of creating a “Space Force”. President Trump has pushed hard on creating the Space Force, which went into effect in 2019. Robert Bigelow — real estate mogul and founder of the space habitat company Bigelow Aerospace – in an interview with CBS’s 60 Minutes, claims to have parts from a recovered ship.

Something is going on, and the elite know about it. Is the public ready for disclosure? Multiple generations have grown up with science fiction stories focused on alien life. For our parents, it was “War of the Worlds”, “Chariots of Fire”, “Close Encounters of the Third Kind” and “The Twilight Zone”. For us 70’s and 80’s babies it was “E.T.”, “The X-Files”, “Independence Day”, “Men in Black” and “Ancient Aliens”. Throw in Star Wars, Star Trek, and countless other films and television shows, and the theme of alien life has become mainstream. It seems the public is finally accepting of the idea. 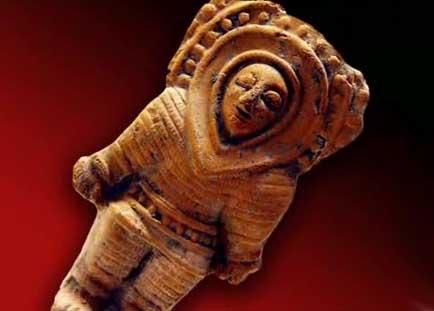 A 1990 Gallup poll found that 27 percent of Americans believed “extraterrestrial beings have visited Earth at some time in the past.” That number rose to 33 percent in 2001, before dropping back to 24 percent in 2005. In a poll released late in 2017, more than half of Americans said they believe in alien life, which shows that the acceptance of the idea had nearly doubled in twenty seven years.

In addition to this, the number of reported UFO sightings has spiked dramatically over the last thirty years, with 5,000 being reported in 1980 to over 45,000 in 2010. A George Mason University study attributes this spike to society’s rate of internet connectivity in recent years, as it’s far easier to submit reports with widespread internet access today than it was in the past. The combination of Hollywood influence and widespread internet access has moved the conversation of alien life so far along in such a short amount of time that you’d be hard-pressed to find someone who isn’t open to the idea of little green men. 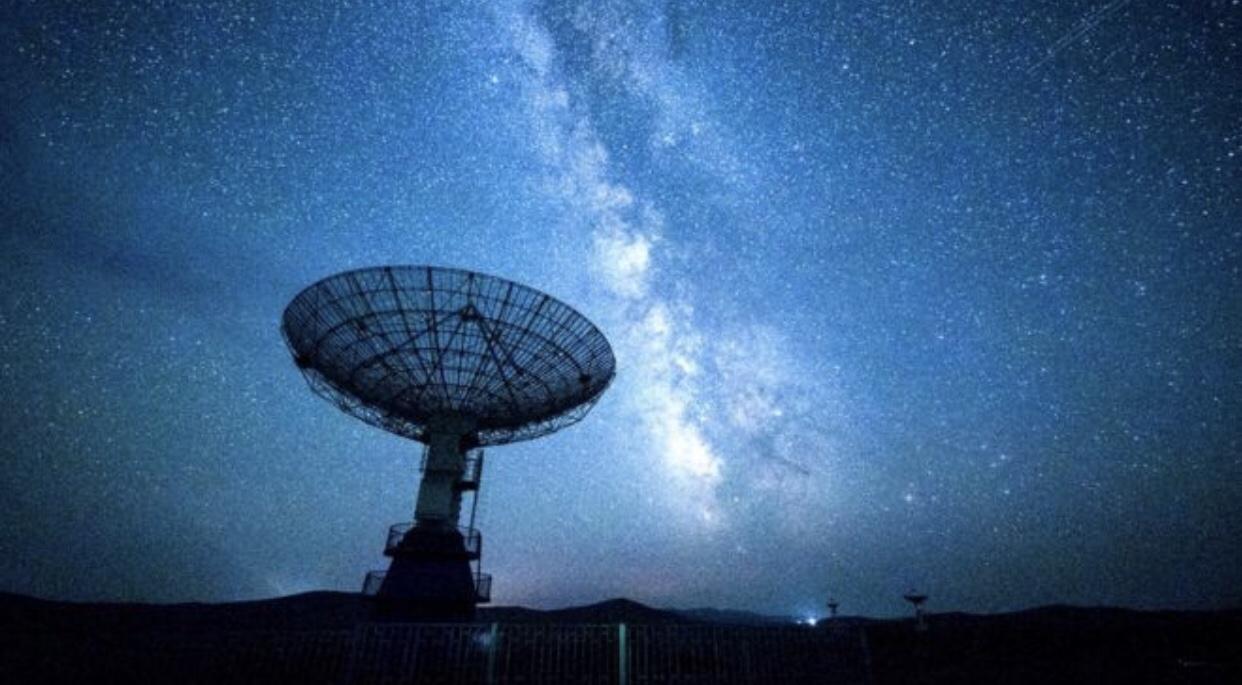 Most astronomers agree that intelligent life must have existed outside of our Earth at some point in the history of space, and studies have been done to corroborate this theory. Start paying attention to the breadcrumbs of information the government is providing us. Have they been here in the past? Sure sounds that way. Are they here now? Likely.  Are they hostile or friendly? Time will tell. We’d better hope Will Smith isn’t at a barbeque.

The Best Way to Sit On A Date

September’s Dad of the Month