Are “crazy” exes born that way, or do we make them crazy? To answer this burning question, we sat down with Erick Lopez of The CW’s Crazy Ex–Girlfriend for some expert advice.  Erick plays “Hector”, the 202nd ranked surfer in California, on the CW comedy.

Erick was born in Dallas, but didn’t always dream of a career as a Hollywood actor. He actually wanted to be a computer engineer, but a basketball injury sidelined him from athletic competition and simultaneously allowed him to put more energy into his drama class. “By the end of the year I was in love with theater and acting, so I decided to quit basketball and did theater full time my senior year”, Eric said. He got his big break after speaking with another former athlete turned actor, who then connected Erick with his acting agency.  After attending an open call for actors at the agency, he was signed as a high school senior.

Show business is an extremely competitive profession, and one of the most important elements to any actor’s success is discipline. Erick knew he had this from a young age, with his sports background prepping him for his future profession.

“Becoming a better athlete meant continuously setting goals, creating plans, and pushing for progress. So, that mentality, plus the naive fearlessness of not knowing what’s possible or not possible, led me to keep putting myself out there and have this mindset of “it’s going to be tough…but why not me”. Everything else fell into place based off that early foundation of how I was going to approach acting for a career.” 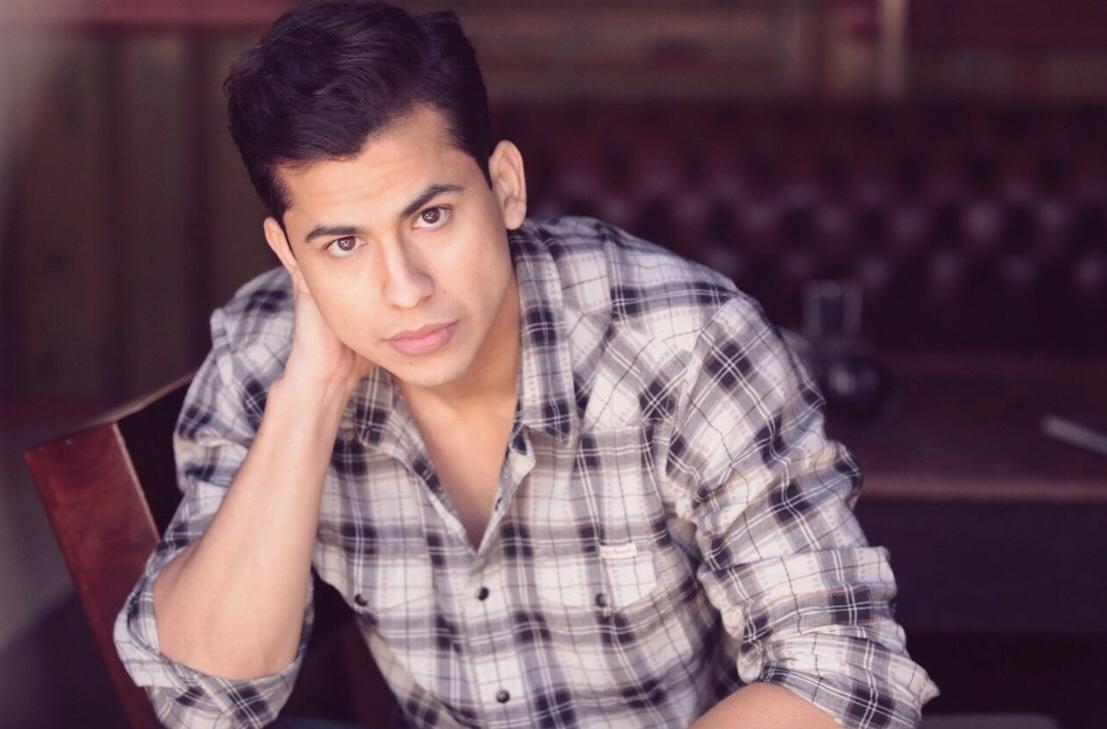 Erick went on to say that he knew he made it when his parents stopped asking him if he could go back to school and try another career. He was used to having them call once a week, lovingly asking him to come back home to Dallas. Once those calls stopped, Eric had a moment where he said to himself “oh okay, I guess this is my job now”.

So, are exes born crazy, or do bad relationships make them crazy? Erick has a very logical perspective on the creation of the “crazy ex”, attributing the crazy label to perspective and attraction.

“I think “crazy” is in the eye of the beholder. I remember once in high school hearing a girl call a guy a “stalker”. The reason? Calling her on weekends and wanting to hang out. Then, later in the year, the same girl started dating a different guy and talked about how this new boyfriend “pursued” her, and how she loved that. The difference? She was attracted to one and not attracted to the other! So if people call you crazy, others might just say it’s persistence or true love.”

Fortunately for Erick, he does not have to worry about crazy exes. He recently eloped with his wife, who he met before he was cast on Crazy Ex-Girlfriend. While working on “Faking It”, he realized his career was starting to ramp up and found himself at a crossroads. “I was either living this bachelor life and having a hard time knowing who likes me for me, or settling down before any more mainstream stuff came my way.” Erick beamed that his wife has been a part of this ride, and he’s happy he got to share the adventure with her. 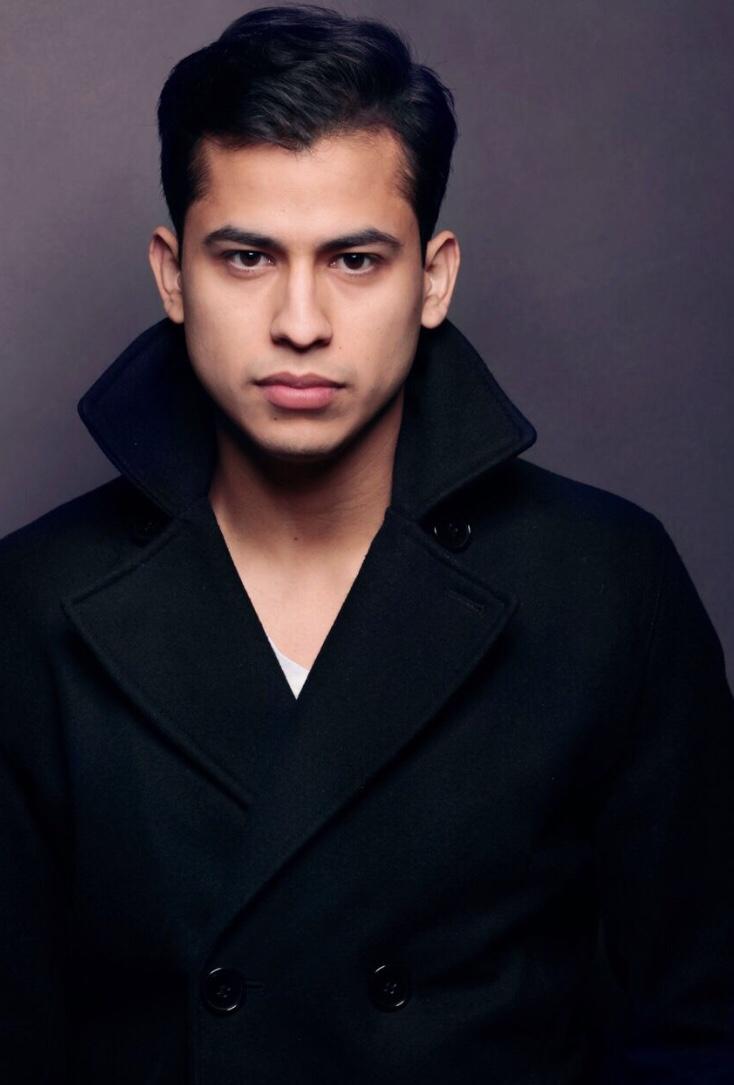 Since Enteringmanhood.com is a place for guys to seek out brotherly advice, we asked Erick for some words of wisdom on how we can achieve our most ambitious goals. His response:

“Go for it!! Passion can motivate you to do good work, and you can get paid in any field when you are passionate about and good at. I recently taught workshops at the Texas Thespian Festival and one of the key points I pushed was no matter what you want to pursue, find a community so when you go through tough times (and you will), you won’t feel like you are in it alone. I also reminded people to set specific and super big goals, then work backwards. Reverse engineer how you can get there and break it up to actionable steps.”

Erick has absolutely seen success, and so has his character, Hector, on Crazy Ex-Girlfriend. After four seasons, Hector has married Heather to cap off what many fans call the best relationship on the program. What helped get Hector to that moment? Erick explained that in the beginning of the show, he felt like Hector was just as lost as everyone else (in the group) about what a healthy relationship actually was. Hector watched as his friends continued these unhealthy patterns, and he started understanding what it really meant to be on his own, what it was to love someone, and how a healthy relationship is supposed to feel. 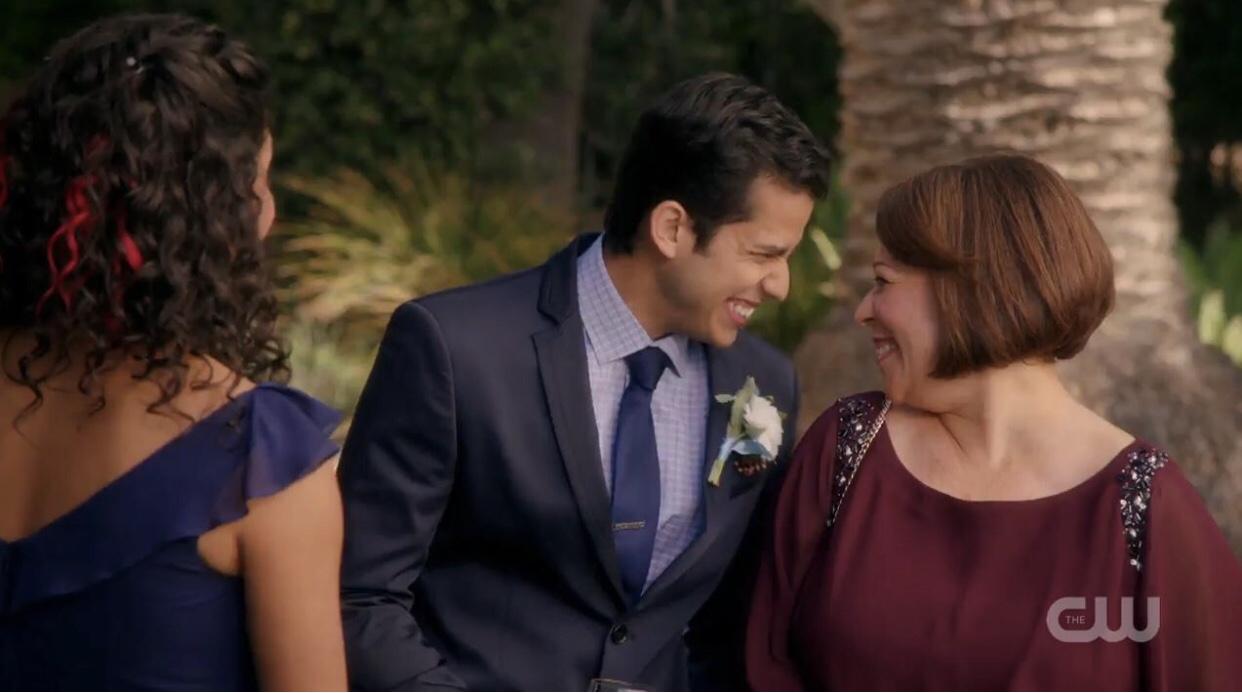 Erick expands upon Hector’s growth, stating “without seeing those relationships around him and their consequences, I don’t think he would have reached this healthy and happy place with Heather.” Take notice that Hector learned from the mistakes of others. For young men on the dating scene, the Hector character would leave these words of advice:

“Know who you are and learn to be happy alone first before you start looking for the perfect one.” Sounds like great advice, Erick. Thank you for contributing!

1 thought on “Erick Lopez on what makes an ex “crazy””