In the event of a nuclear explosion, survivors would have up to 15 minutes before radioactive particles, known as nuclear fallout, reach the ground. People should look for shelter immediately, but not all shelters are equally effective: The best kinds are usually schools or offices made of brick or concrete. Once inside, a few life-saving measures could reduce your risk of contamination. There are also things you should never do, like wash your hair with conditioner.

Those closest to the bomb would face death, while anyone up to 5 miles away could suffer third-degree burns. People up to 53 miles away could experience temporary blindness. A longer-term threat would come in the minutes and hours after that explosion.

Nuclear explosions can produce clouds of dust and sandlike radioactive particles that disperse into the atmosphere  — what’s referred to as nuclear fallout. Exposure to this fallout can result in radiation poisoning, which could damage the body’s cells and prove fatal.

The debris takes about 15 minutes to reach ground level after an explosion, so a person’s response during that period could be a matter of life and death. Here are the do’s and don’ts to remember in the event of a nuclear attack.

DO: Drop to the ground with your face down and your hands tucked under your body. 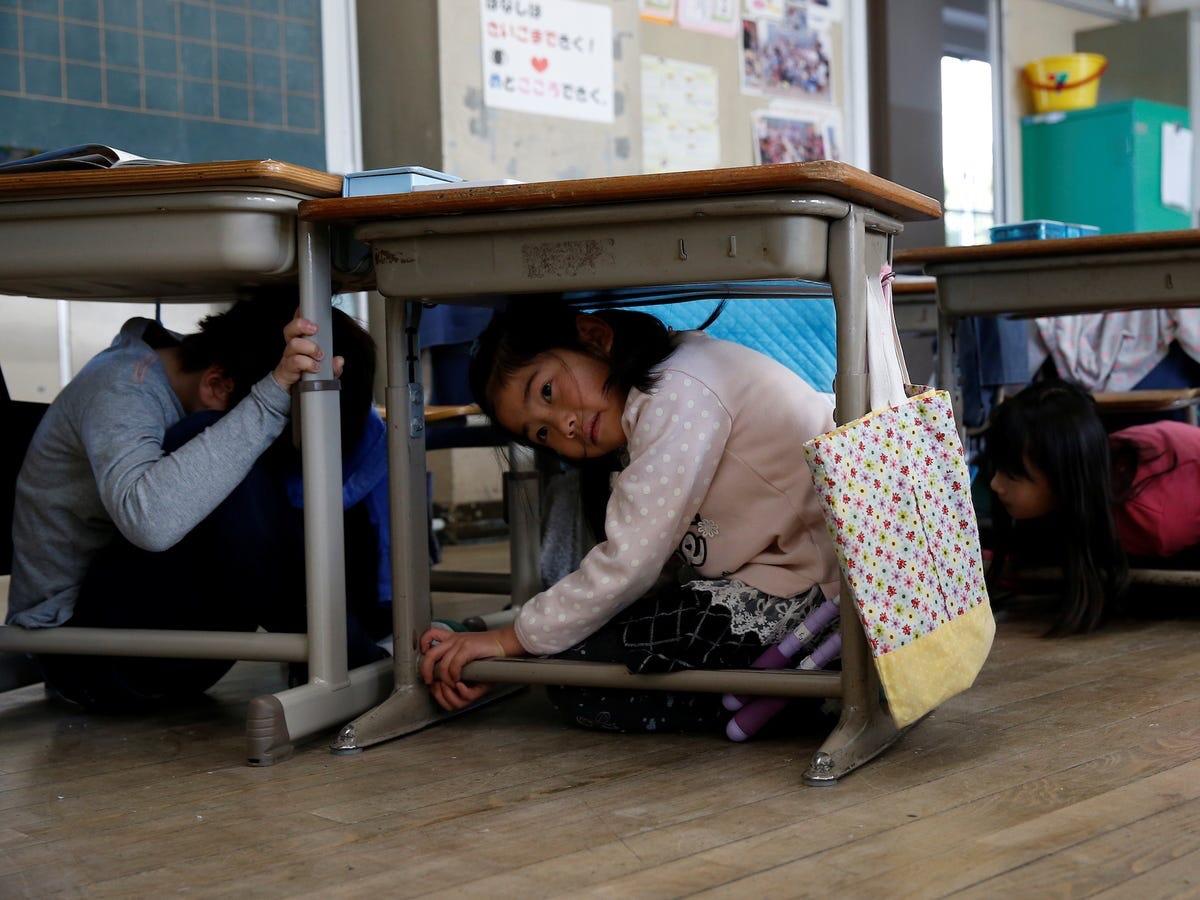 The Centers for Disease Control and Prevention (CDC) recommends this position because it will keep your hands, arms, and face away from any flying debris or sweltering heat that could burn your skin. Once the shockwaves have subsided, you can get up and look for shelter.

DON’T: Stare directly at the blast. 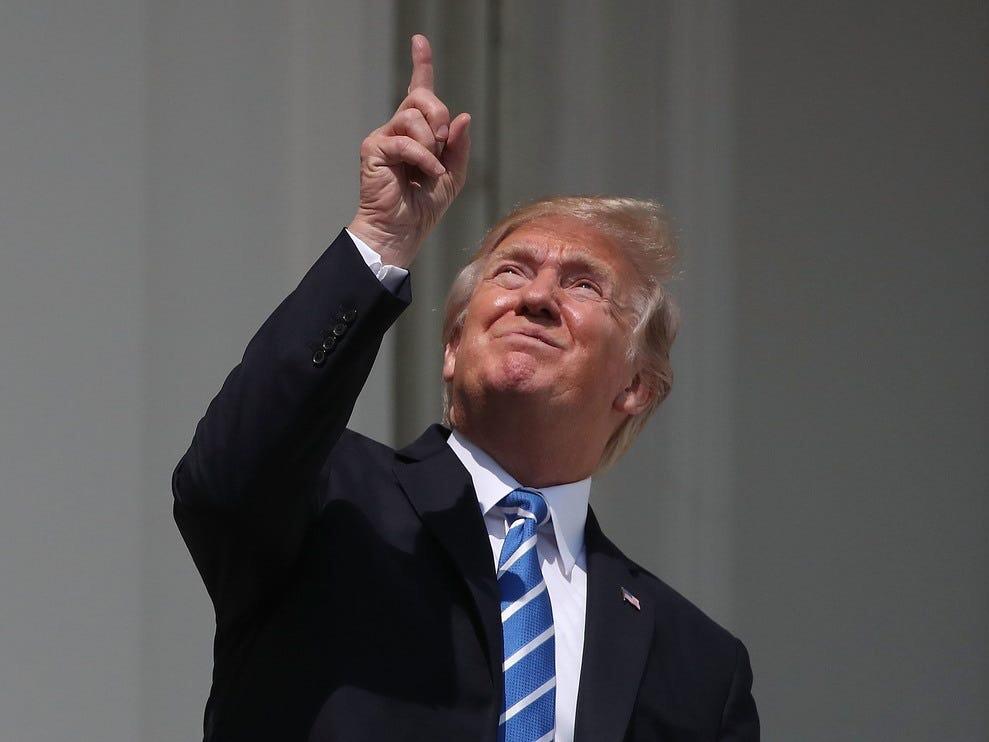 President Donald Trump looks up toward a solar eclipse without glasses on August 21, 2017. Mark Wilson/Getty Images

Depending on how close you are to a nuclear explosion, it might be impossible to avoid the initial burst of light, which can blind you for about 15 seconds to a minute. But for those farther away, it’s best to avert and cover your eyes, according to the CDC.

DO: Cover your face with a towel or article of clothing. 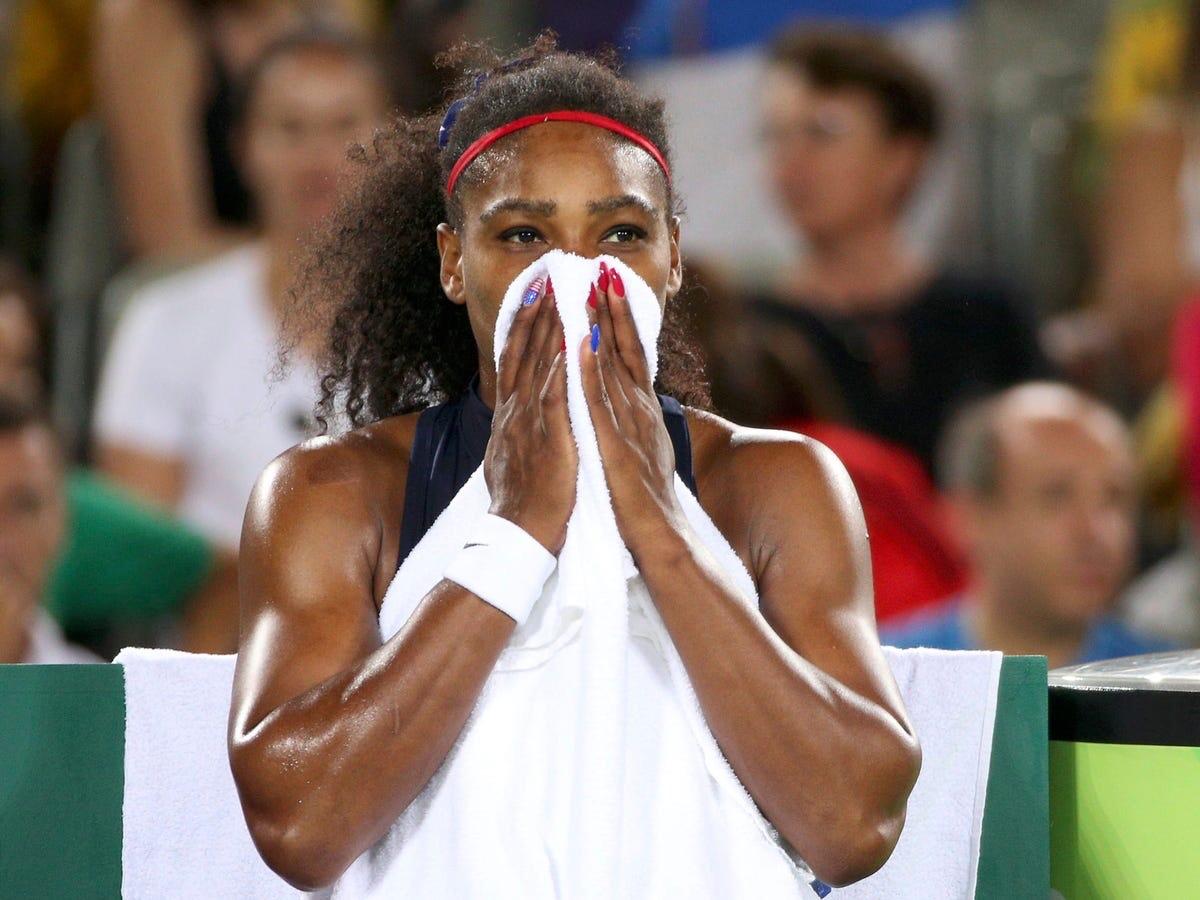 Cover your face like Serena Williams is here. Reuters/Kevin Lamarque

If you have a scarf or handkerchief nearby at the time of a nuclear explosion, it’s wise to cover your nose and mouth. Even before fallout reaches the ground, an explosion stirs up other debris that might be dangerous to breathe in.

DON’T: Seek shelter in your car. 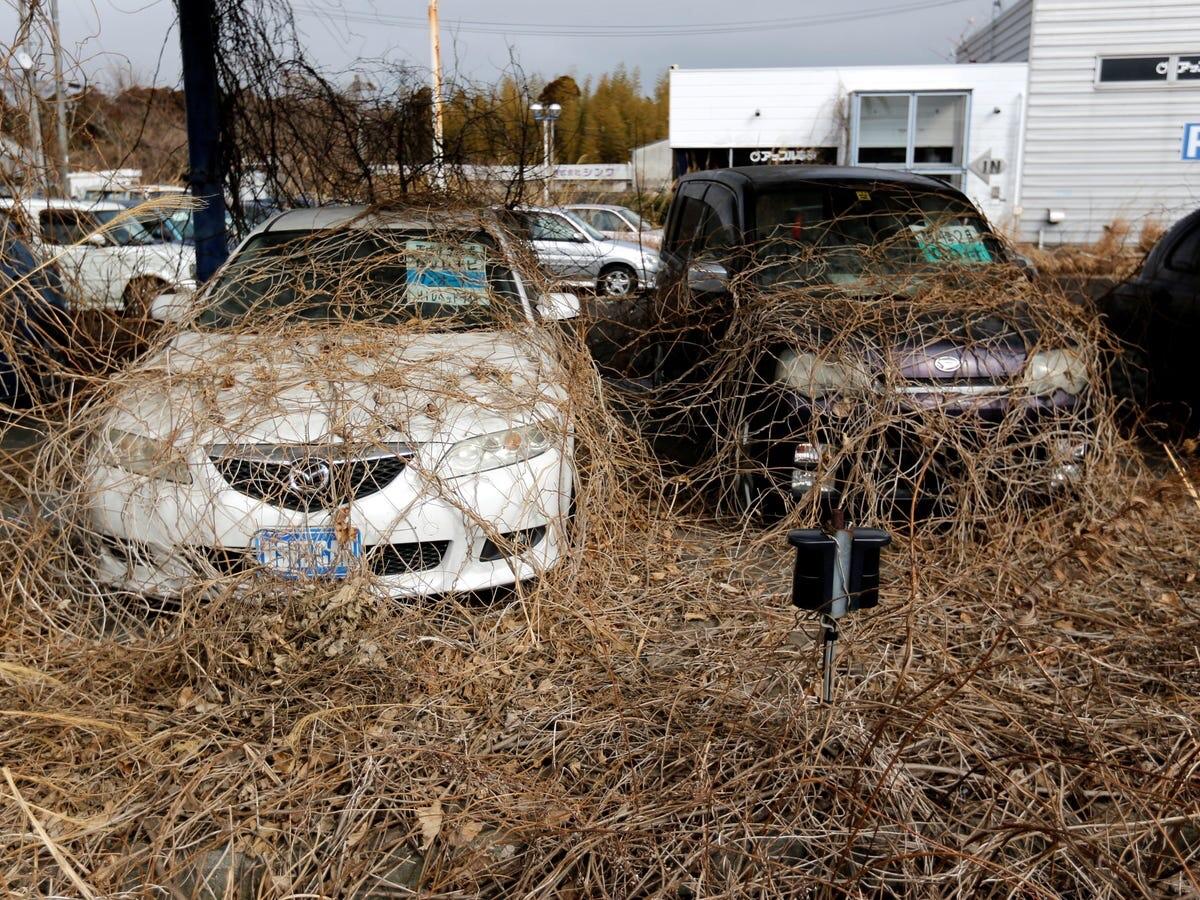 The Federal Emergency Management Agency (FEMA) advises people not to take shelter in their vehicles. Cars’ glass windows and metal frames make them too flimsy to protect you from nuclear fallout. Driving away is also futile, since it’s tough to anticipate where radiation will travel.

The one exception to this rule is ducking inside your car in an underground parking garage, which could provide an added layer of protection.

DO: Find a brick or concrete building, such as a school or office. 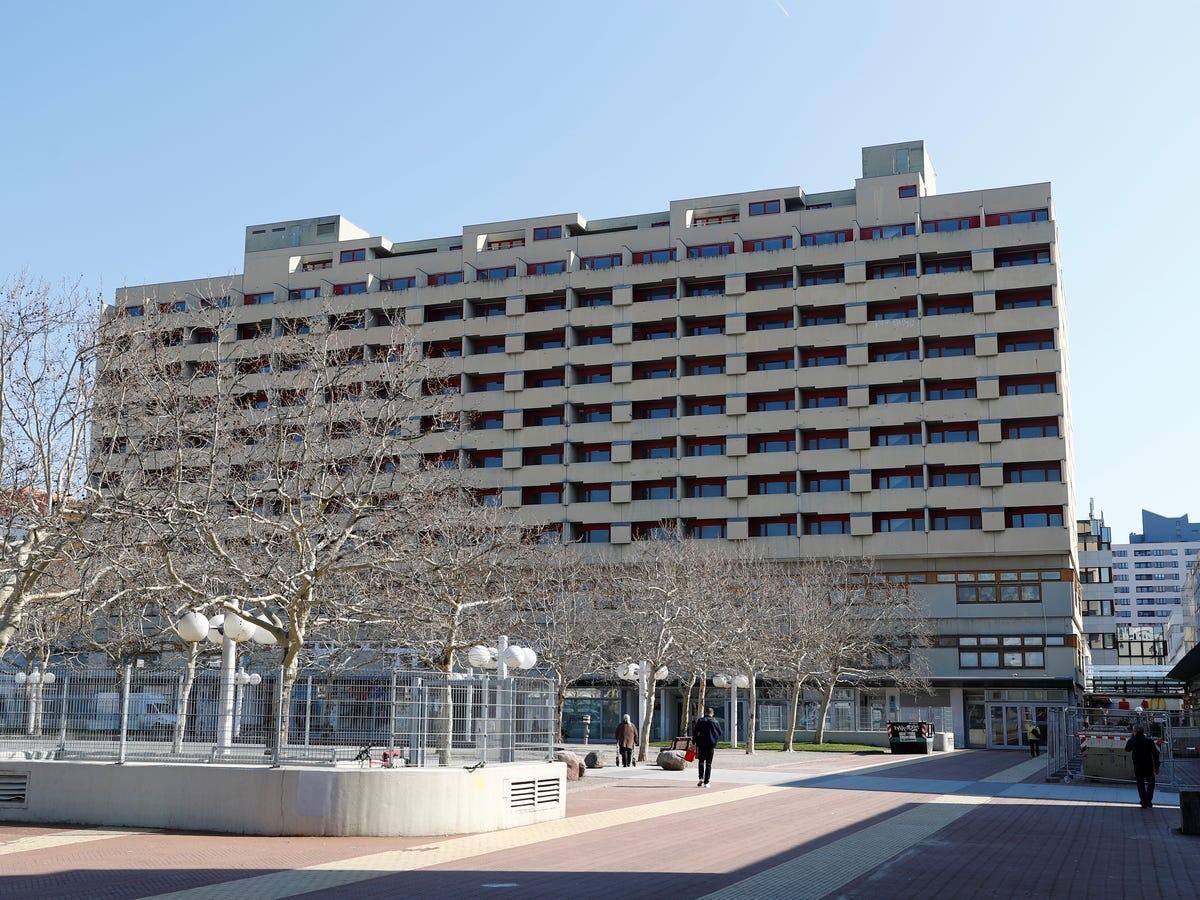 FEMA identifies brick or concrete buildings as the safest forms of shelter after a nuclear attack. Ideally, the best shelter would have few to no windows and a basement for camping out.

Schools or offices usually meet these criteria. Mobile homes, however, are considered too fragile to offer enough protection.

If there aren’t any sturdy buildings within 15 minutes of where you’re standing, it’s better to find some form of shelter than stay outside. If you discover that there’s a safer building close by, wait at least an hour before attempting to move. By that time, the potential for radiation exposure would likely have decreased by around 55%. 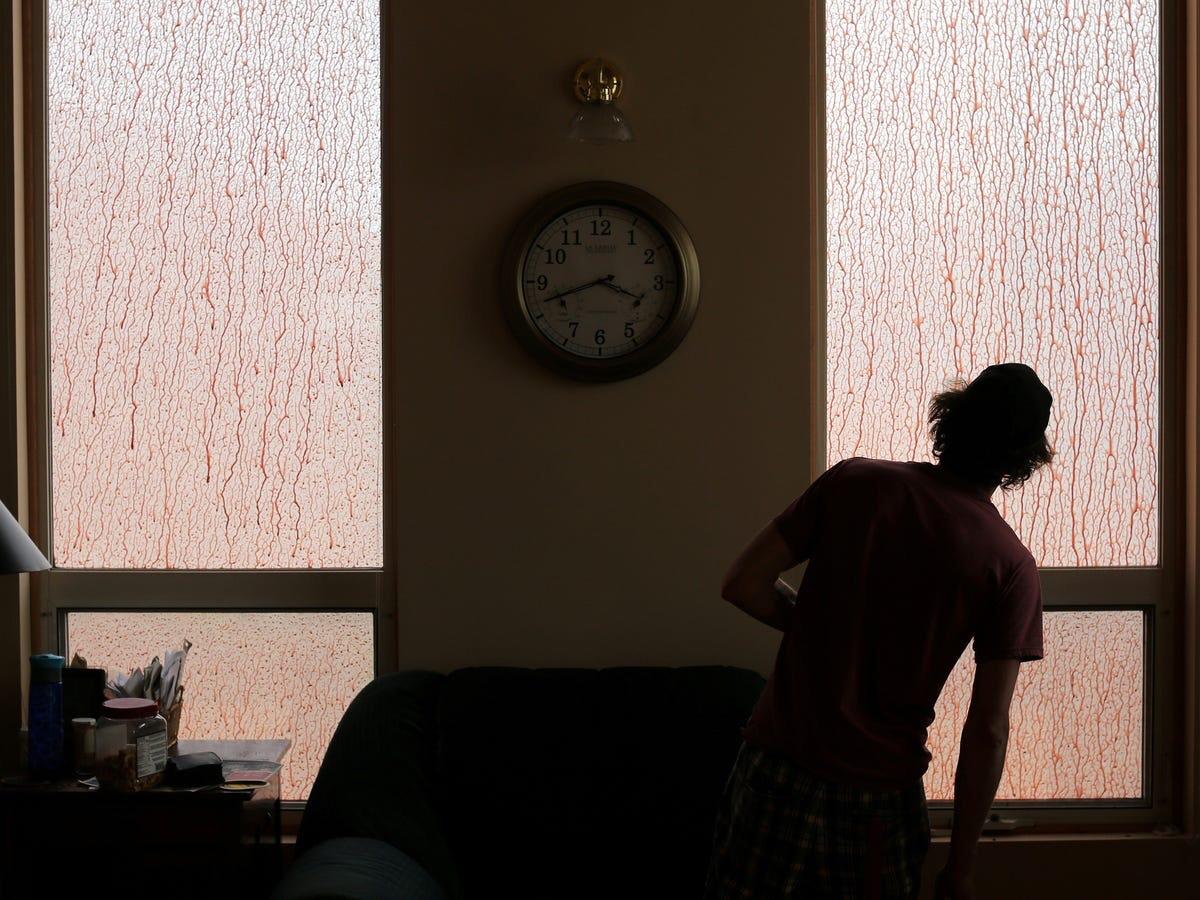 If you take cover in multistory building, choose a central location and steer clear of the top and bottom floors.

If your structure has windows, FEMA advises standing far away from them, in the center of a room. That’s because shockwaves can shatter windows up to 10 miles away from an explosion, resulting in flying glass that could injure people who are too close.

DO: Shut off heaters and air conditioners. 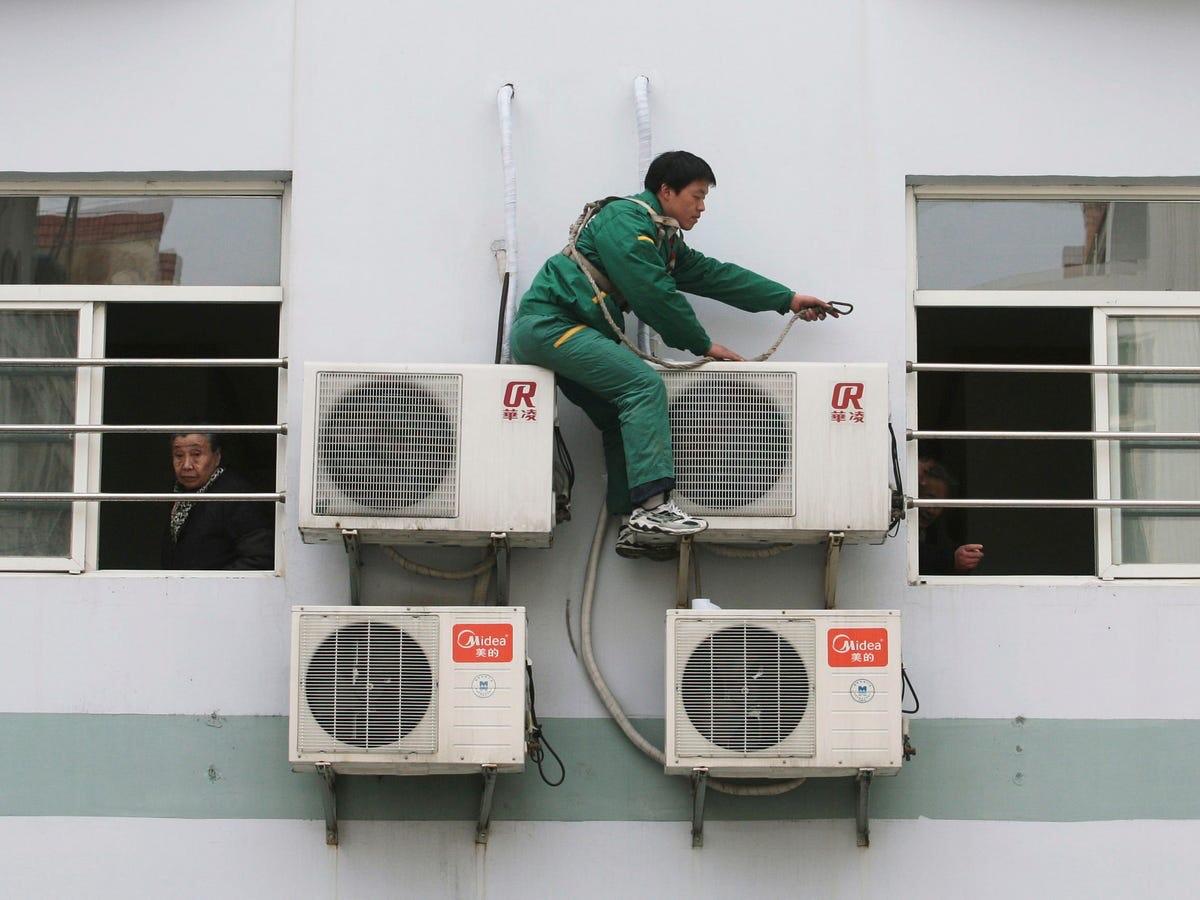 Heating or air-conditioning units pull in air from the outside, so they could spread contaminated particles throughout your home or shelter.

DON’T: Search for your family members right away. 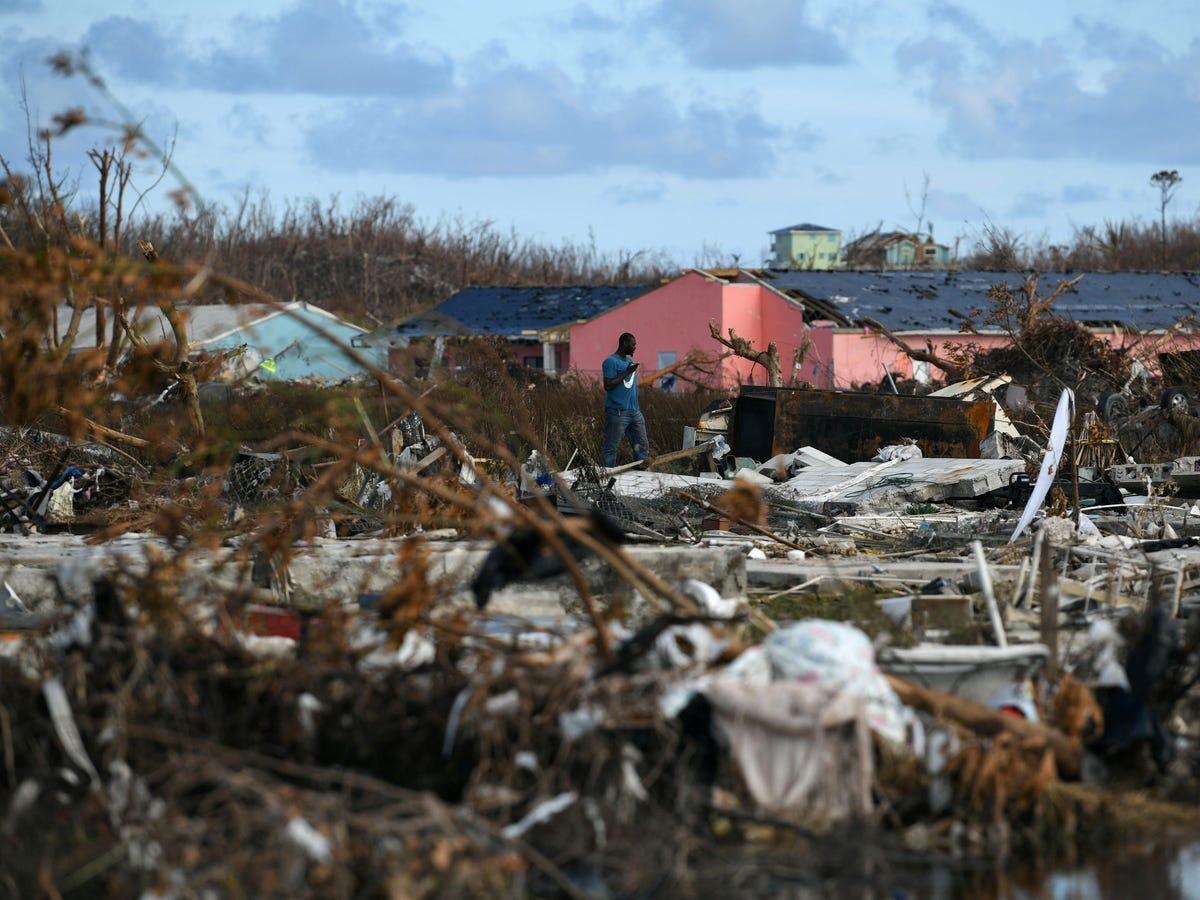 The US Department of Health and Human Services recommends staying indoors for at least 24 hours in the event of a nuclear explosion. After 48 hours, the exposure rate from a 10-kiloton explosion (the type that might damage but not destroy a city) goes down to just 1%.

“While sheltering is a priority for protecting public health, it goes against natural instincts,” a collection of government agencies wrote in a 2010 report. “After a nuclear detonation, people will need to understand why they and their families are safest staying sheltered.”

DO: Take a shower as soon as possible. 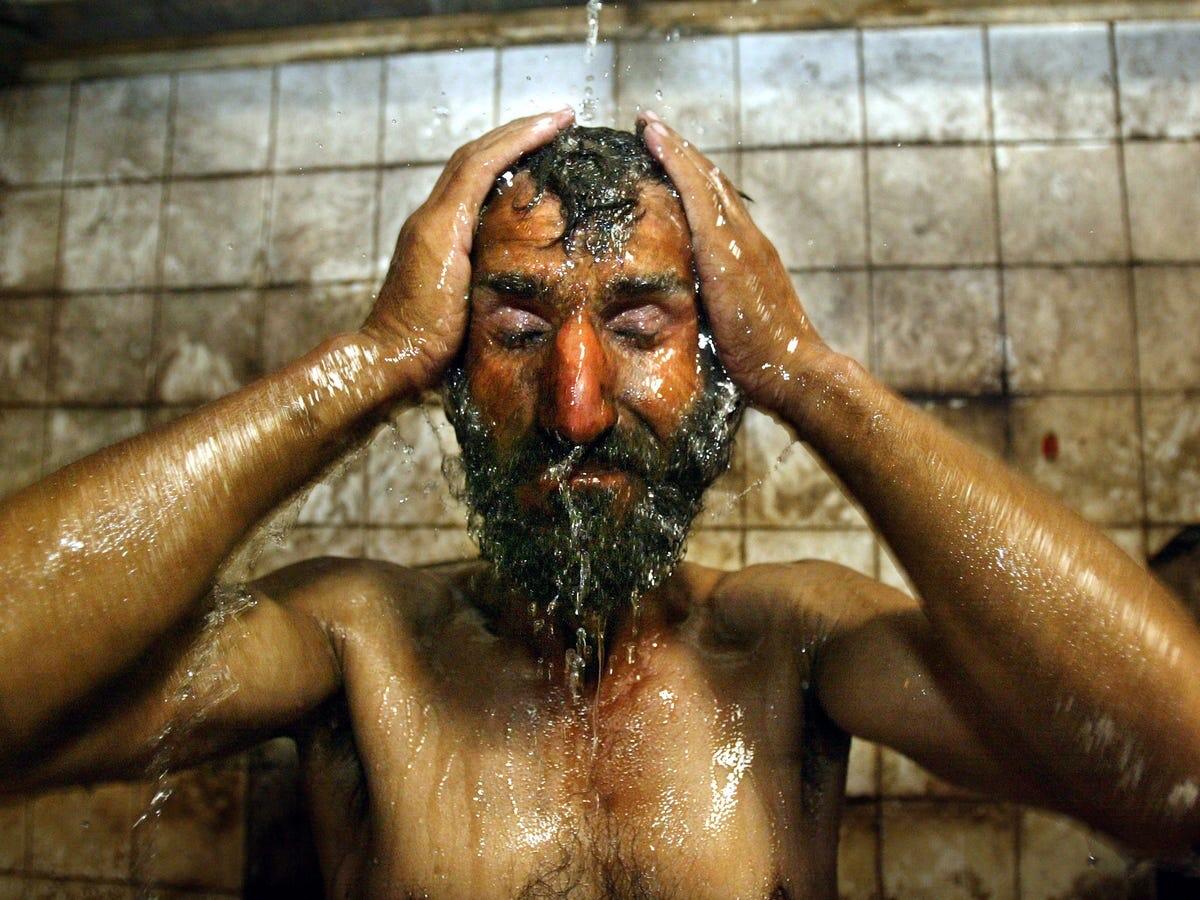 People who were outside during an explosion should shower as soon as possible, making sure the water is warm and soap is applied gently. Scrubbing too hard could break your skin, which acts as a natural protective barrier.

You should also cover any cuts or abrasions while you’re rinsing off. For those without access to a shower, FEMA recommends using a sink or faucet. The next-best option is to clean your body with a wipe or wet cloth. Blowing your nose and wiping your ears and eyelids is also important, since debris could get stuck in these orifices.

DON’T: Use conditioner after you shampoo. 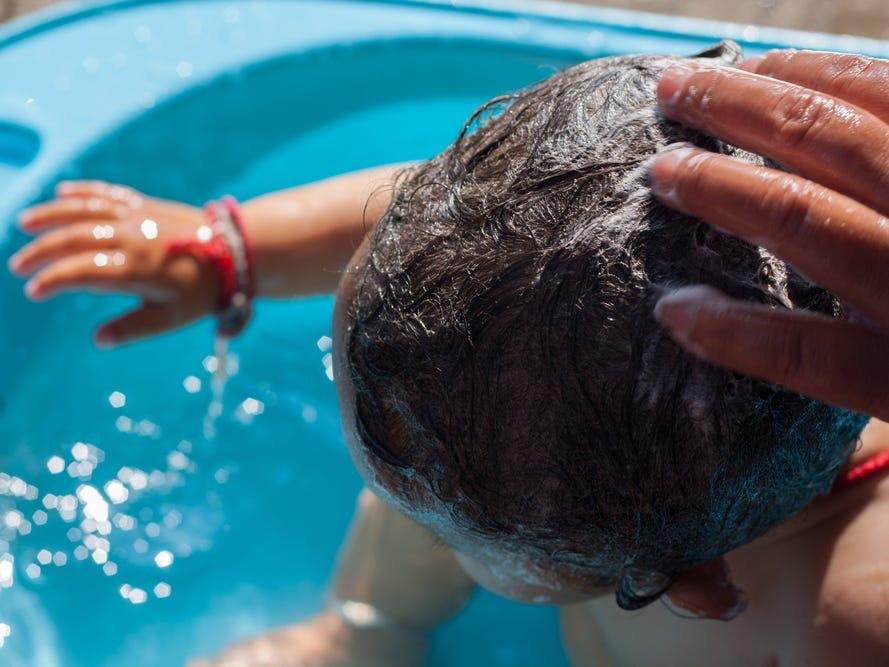 Rinsing your hair with shampoo is critical after being exposed to radiation, but conditioner is a major no-no, according to the CDC.

That’s because conditioners carry compounds called cationic surfactants, which bind to radioactive particles and can trap them in your hair. They’d essentially act like glue between your hair and radioactive material.

As a general rule, it’s best to only use products on your body that are designed to get rinsed off in the aftermath of a nuclear disaster. Items like body lotion and face cream should wait until a second or third wish.

DO: Seal away contaminated clothes. 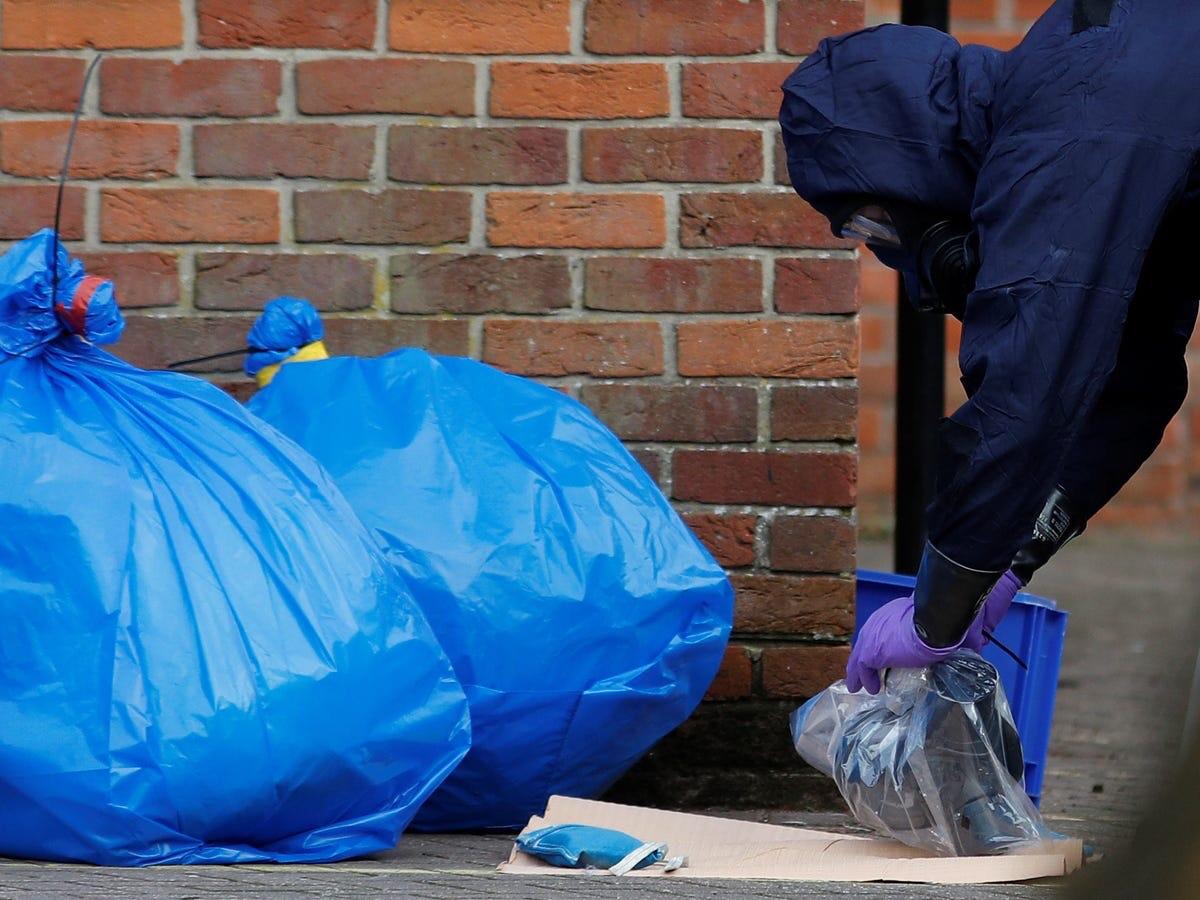 Because outer layers of clothing would likely be contaminated by fallout, the CDC recommends sealing them in a plastic bag that’s out of the reach of children and pets. You should also seal off any tissues or cloths used to wipe your body or face.

DON’T: Eat unpackaged food or food that was left outside. 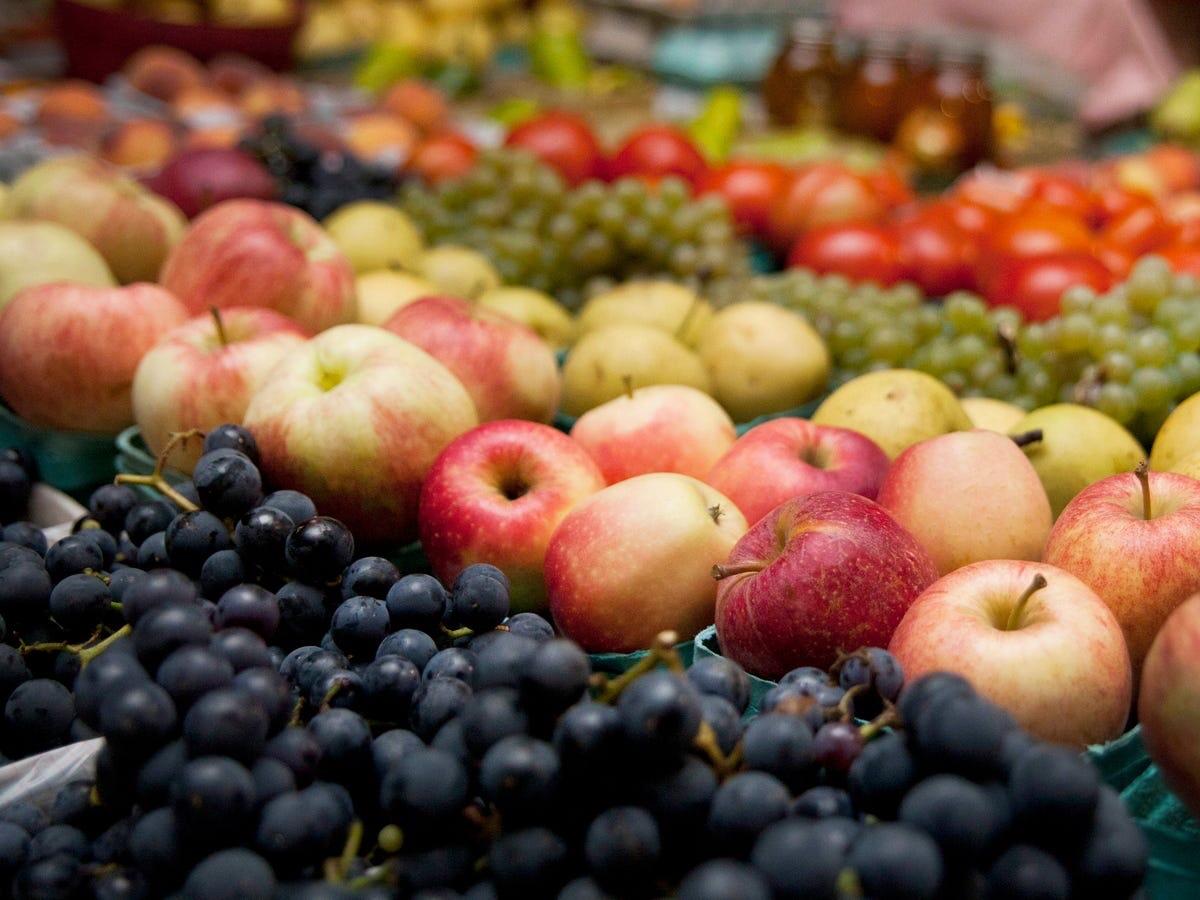 Following any kind of nuclear explosion, the CDC says it’s all right to consume food from sealed containers such packages, bottles, or cans. You can also eat things from your pantry or refrigerator, as long as you wipe off food containers, cookware, counters, and utensils.

But anything that was left uncovered, especially if it was outdoors — such as fruits or veggies from a garden — would be unsafe to eat.

DO: Listen to the radio for instructions. 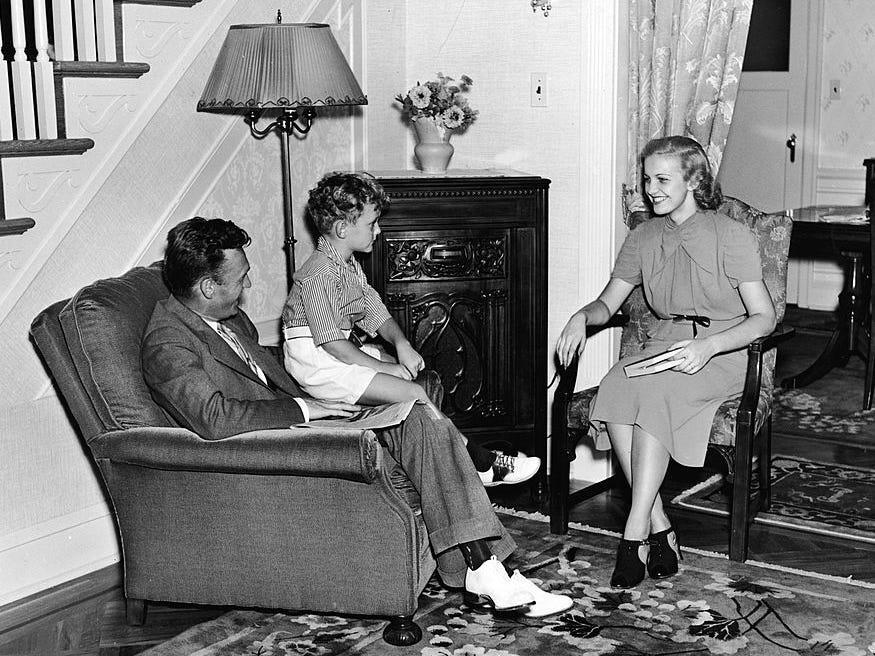 Nuclear explosions produce a powerful phenomenon called a nuclear electromagnetic pulse (EMP), an invisible burst of energy that can slash power, phone, and internet lines. A nuclear EMP could also disrupt radio waves, but that’s less likely, since radios have a simpler circuitry.

So in the wake of an explosion, emergency-response officials will likely broadcast safety instructions over the radio. Unless these officials tell you it’s safe to go outside, it’s best to stay put until the risk of contamination has gone down.

How to: Survive a Nuke