Well, it happened again. Same twenty three year old kid, same moment of shock for me. Today, in the office, our young apprentice revealed that he’d never seen Predator, Road House, Tommy Boy, Jurassic Park, and a slew of other movies. He confused Arnold Schwarzenegger with Patrick Swayze, and didn’t realize that the catch phrase “I’ll be back” was The Governator’s signature saying. My colleagues and I were left absolutely dumbfounded. Again, instead of finding this to be a moment of ridicule, I treated it as a learning moment. It was an opportunity to educate this young man on ten movies you need to see if you’re a man. the importance of classic “guy movies” in a young man’s life.

Why is it important to see these films? For one, the lessons! These action-packed, intense blockbusters actually taught some serious life lessons to their massive audiences. Trust, respect, brotherhood, toughness, and commitment were all underlying themes in these flicks. Secondly, if you want to rub elbows with the older crowd to advance your career, you’ve got to understand the pop culture references, while contributing to the conversation. It is one way to prove that you’re on the same level with your senior team members, and they will automatically respect you more.

Unsurprisingly, Arnold Schwarzenegger, Robert DeNiro, and Carl Weathers make multiple appearances on this list. Unfortunately “Deadpool” didn’t make the cut, even though its a crash course in evolution. Without further ado, here are the top ten movies all guys must see:

The Godfather, Parts I and II

“It means Luca Brasi sleeps with the fishes.”

– RIchard Castellano, The Godfather Pt. I

In the Corleone world, the men rule the families. There’s plenty of dough to throw around; everybody’s got nice suits and classy black cars. The wives make big Italian meals, while the gumads make the wiseguys happy on the weekends. Letting aggravation explode into violence is accepted, even encouraged. This classic film teaches the viewer to “never betray the family, and to “keep your friends close, but your enemies closer.” Timeless advice from Francis Ford Coppola. 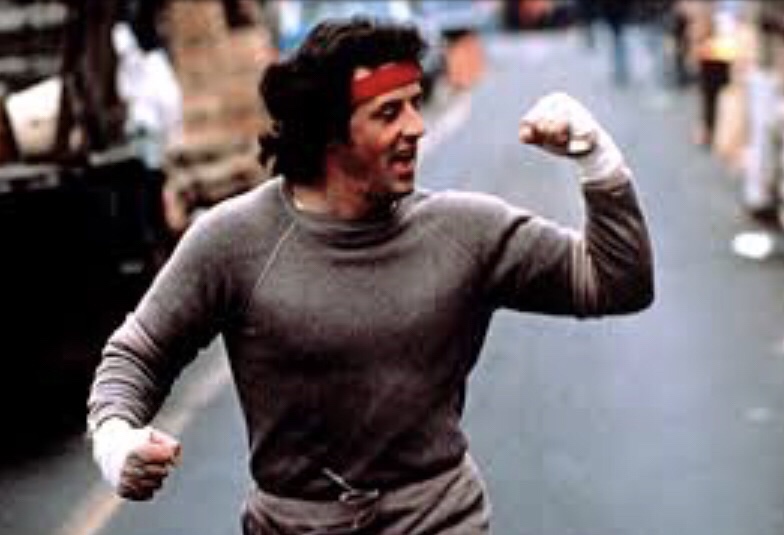 You can do anything you put your mind to. “Yo, Adrian!” Rocky Balboa (Sly Stallone) is a regular Joe with a dream. And in just two hours, as he takes on slabs of beef, jogs up those famous steps in Philly, and gets ready for the Apollo Creed bout, he comes to represent the idea of willpower-conquering – all that’s at the heart of every guy’s hero dream. The final scene featuring the boxing match is epic, and actually based on a true story. Plus, the soundtrack to every Rocky movie is awesome. 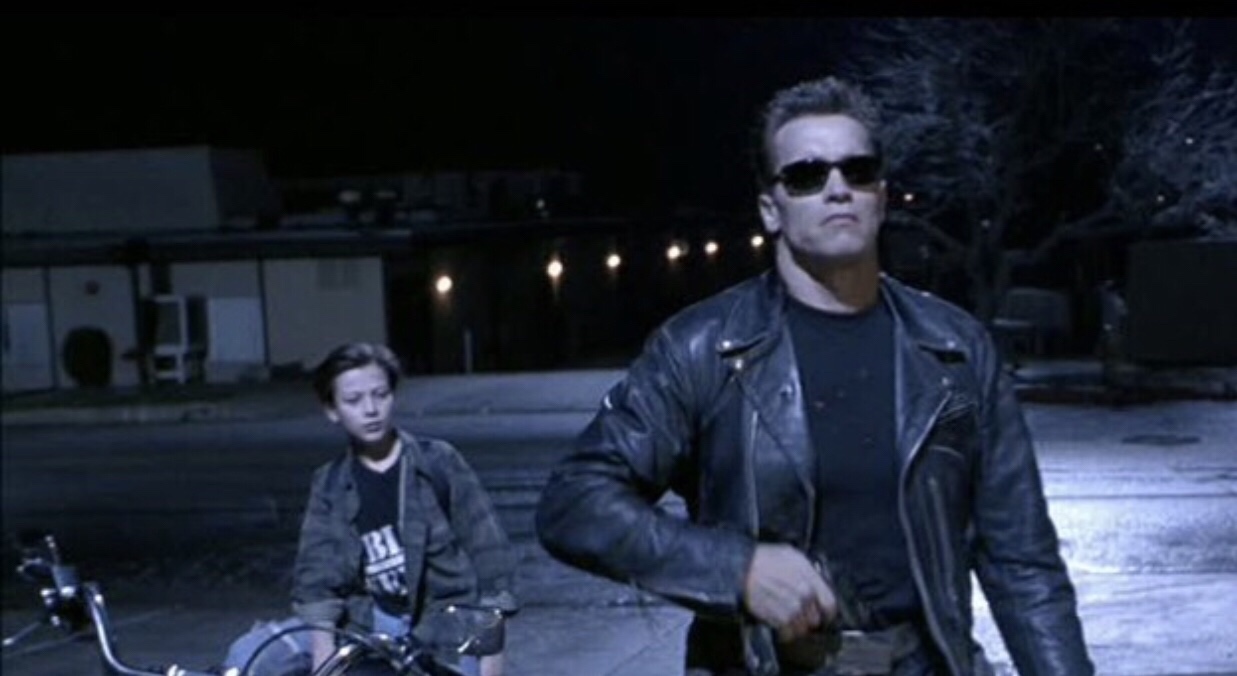 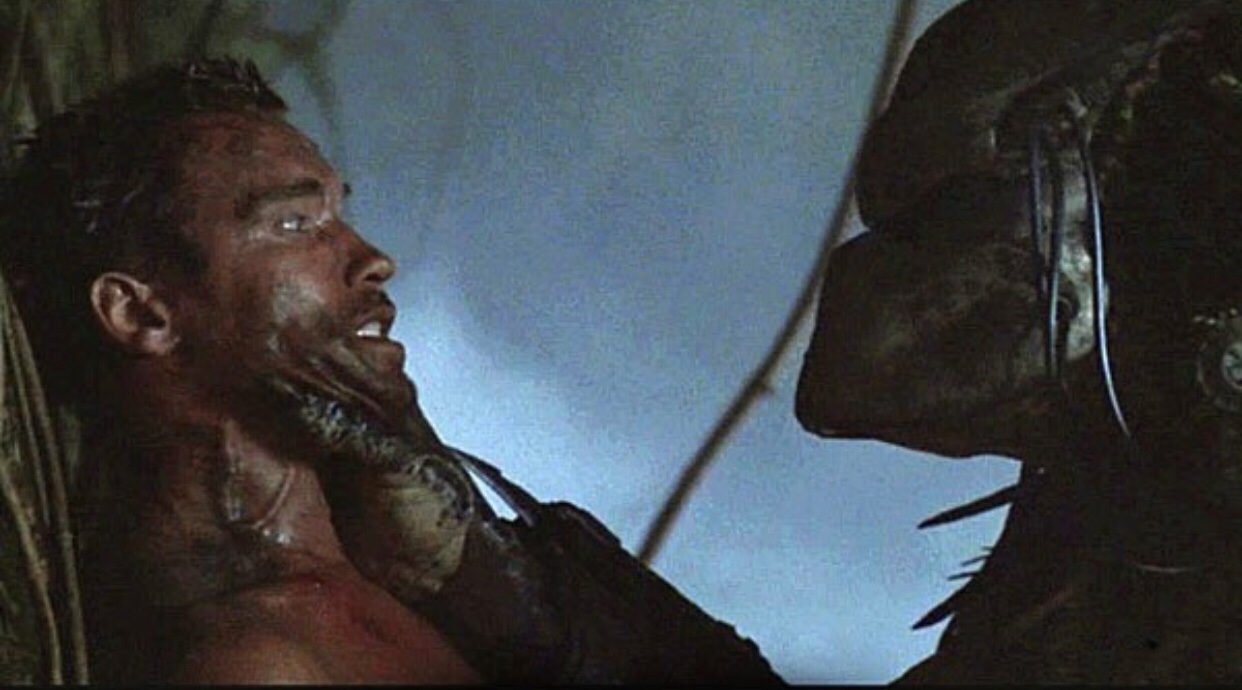 “If it bleeds, we can kill it”

Predator movie embodies 80’s culture. You’ve got a bunch of juiced up alpha males thrown in the jungle fighting off terrorist groups and a deadly alien from outer space!? Two future US governors take the stage, along with Apollo Creed himself (Carl Weathers) in this non-stop action flick. It’s brutal, intense, and totally re-watchable. 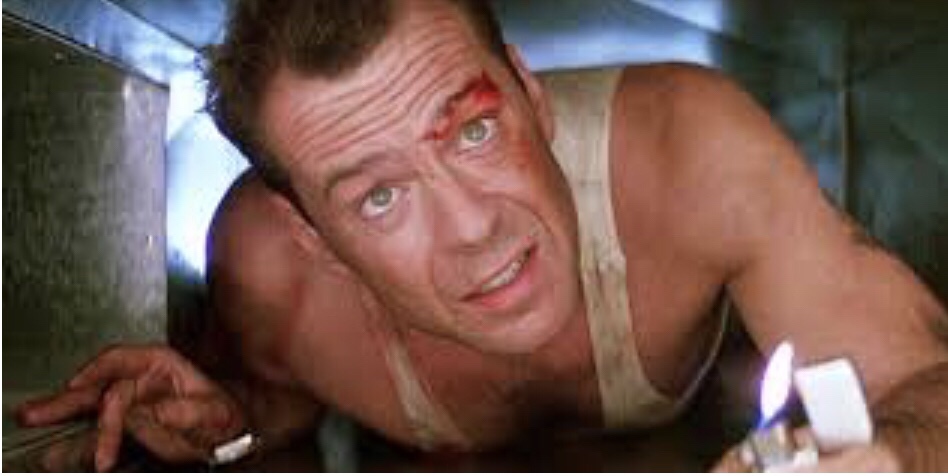 One look at terrorist Hans Gruber’s smarmy European grin and you instinctively want to kick his ass. And that’s precisely what a barefoot, wisecracking Bruce Willis does for two hours: he kicks Gruber’s (actually Alan Rickman’s) ass all over a 40-story building, beating the standard impossible odds with his usual pluck and determination. The twist? Willis feels pain, and lots of it, which is a nice shot of reality. For instance, in the bathroom, he’s plucking glass shards out of his mangled feet, and for a minute you almost think he’s going to shed a…nah, just kidding. 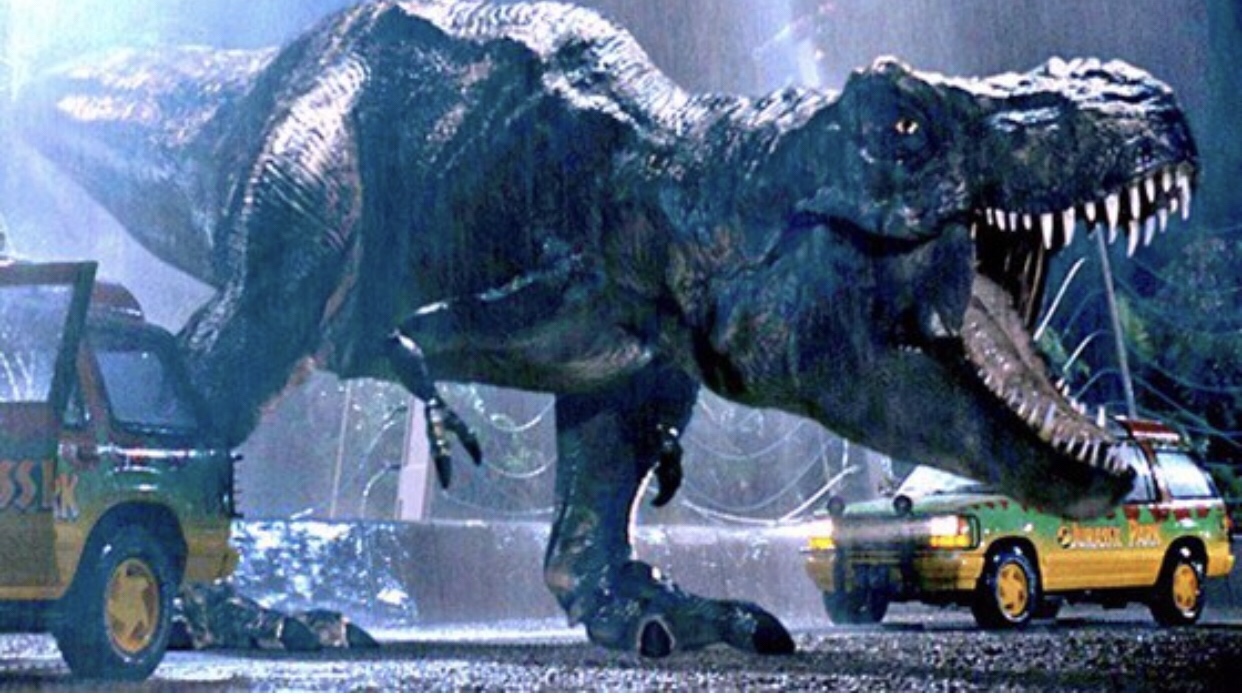 Based on the Michael Crichton book, this Steven Spielberg adaptation is the movie that started it all, opening up society’s mind to the possibility of genetic engineering, cloning, and bringing dinosaurs back to life. It’s got a great storyline, exciting action, and most importantly, a T-rex. As a kid seeing this movie in the 90’s, you were subjected to one of the most terrifying scenes you could imagine; a T-Rex attacking two children in a car. This is the stuff nightmares are made of. 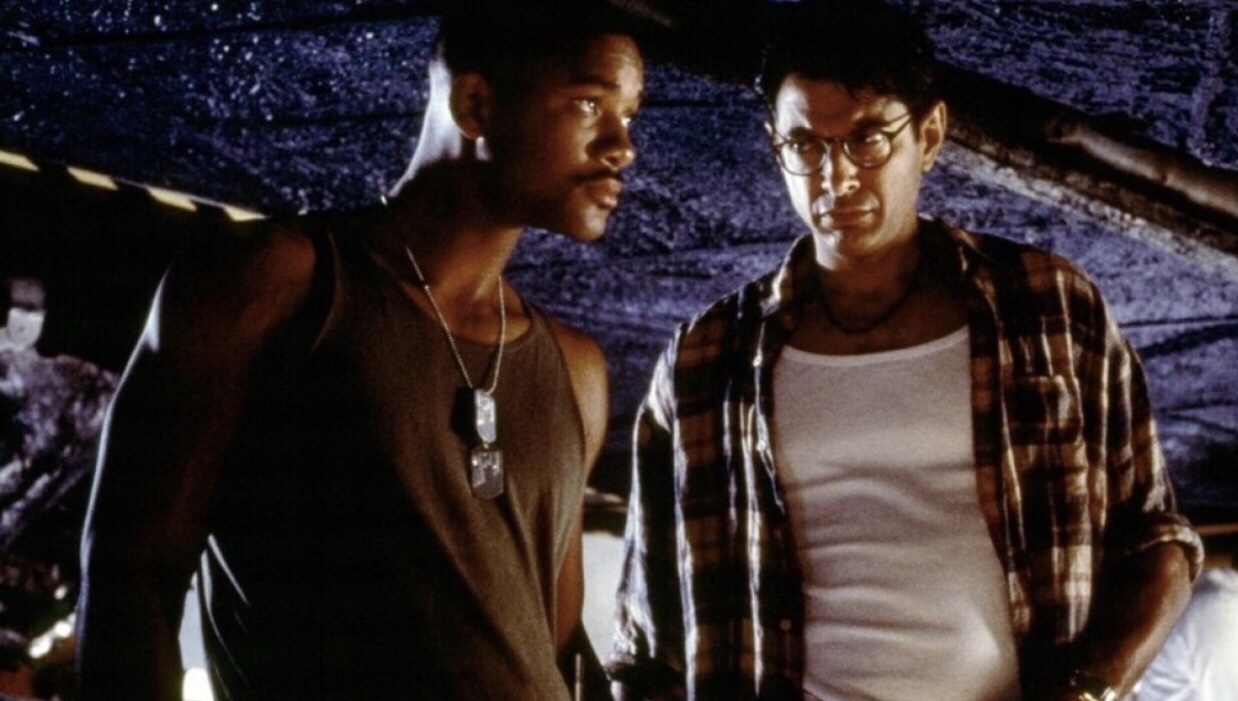 “I was supposed to be at a barbeque!”

Summer 1997. An alien invasion, on fourth of July, no less. Will Smith in his prime. The White House and New York City being destroyed by an advanced species. Incredible battle scenes, and one of the greatest speeches a US President (fictional or real) has ever given. This movie teaches us about the great things humanity can do when we come together. 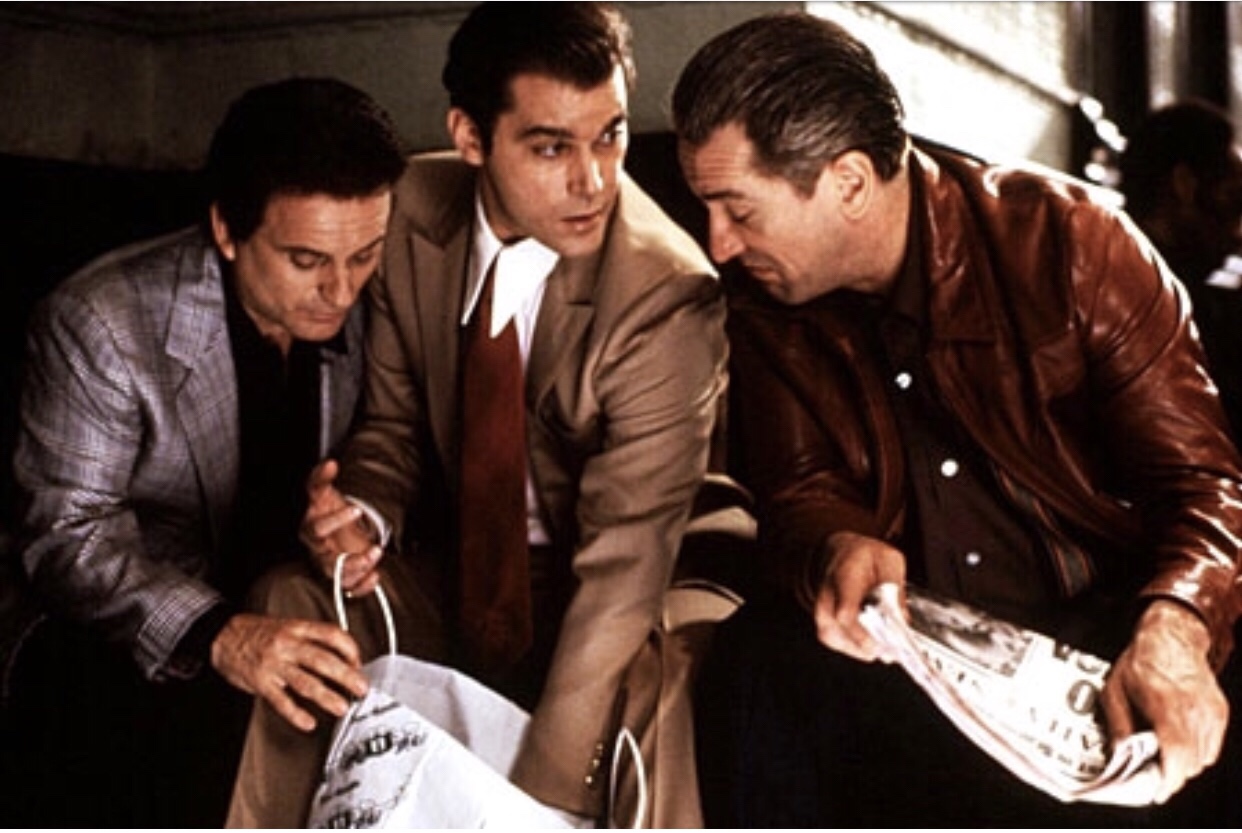 “Saturday night was for wives, but Friday night at the Copa was always for the girlfriends”

Forget “Saturdays are for the boys”. Ain’t life in the Mafia grand? Loads of cash, drugs, free time, and mistresses. Someone mouths off, you kill him. Even a stint in prison seems more like guy’s weekend than a punishment. Joe Pesci is priceless as Tommy DeVito, a cold-blooded killer who makes Fred Krueger look like Fred Rogers, even though he is a funny guy. One unforgettable scene: A cocaine freak-out that makes you want to throw up–in a good way, that is. 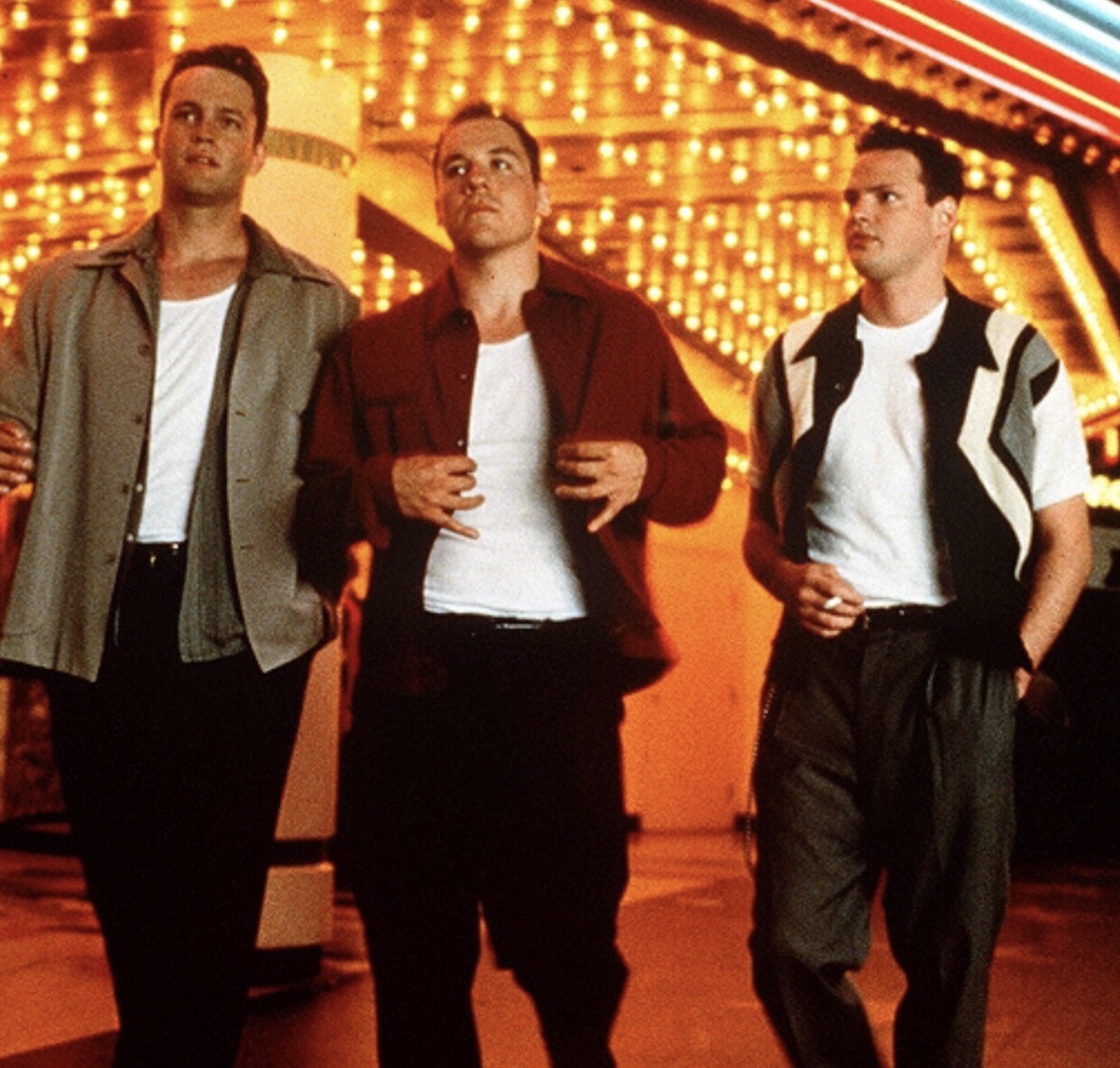 “You’re so money and you don’t even know it.”

This will teach every man how to be more successful with women. It also marks the beginning of the road for the careers of Jon Favreau and Vince Vaughn. A combat movie about the war between the sexes, Swingers unabashedly takes the Guy road: Even the most awkward guy looks sincere, strong, and Sinatra-cool, while nearly every chick looks selfish, unsympathetic, and cold. The painful late-night phone-call scene alone will forever make you think twice about leaving a message on a woman’s answering machine. And they wonder why we don’t call? 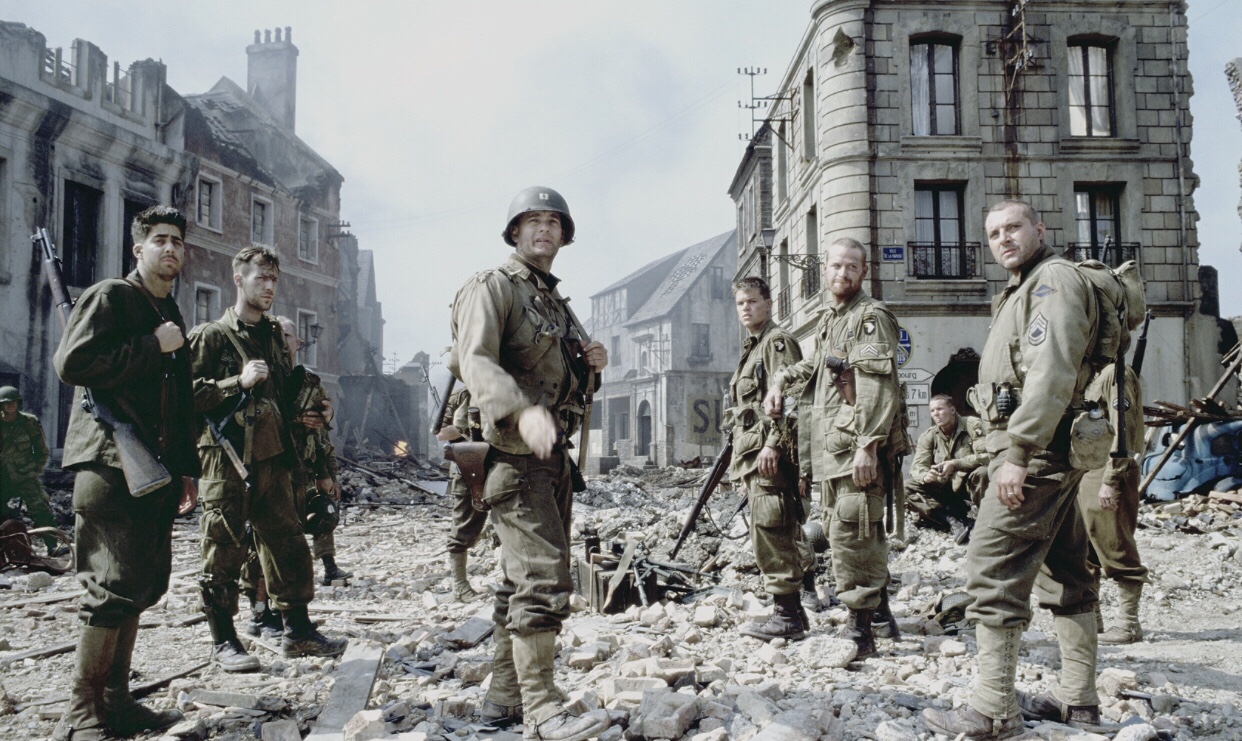 Captain Miller: “You see, when… when you end up killing one your men, you see, you tell yourself it happened so you could save the lives of two or three or ten others. Maybe a hundred others. Do you know how many men I’ve lost under my command?”
Sergeant Horvath: “How many?”
Captain Miller: “Ninety-four. But that means I’ve saved the lives of ten times that many, doesn’t it? Maybe even 20, right? Twenty times as many? And that’s how simple it is. That’s how you… that’s how you rationalize making the choice between the mission and the man.”

War is never funny nor something to take lightly, and should be something that all nations should avoid at all costs. No war movie captures the true essence of war more that Tom Hanks’ Saving Private Ryan. The depiction of World War 2 is so accurate that many WW2 veterans had a hard time watching the movie. It is a classic film that gives a realistic look into what was one of the darkest times of humanity; times that should never repeat ever in our history. 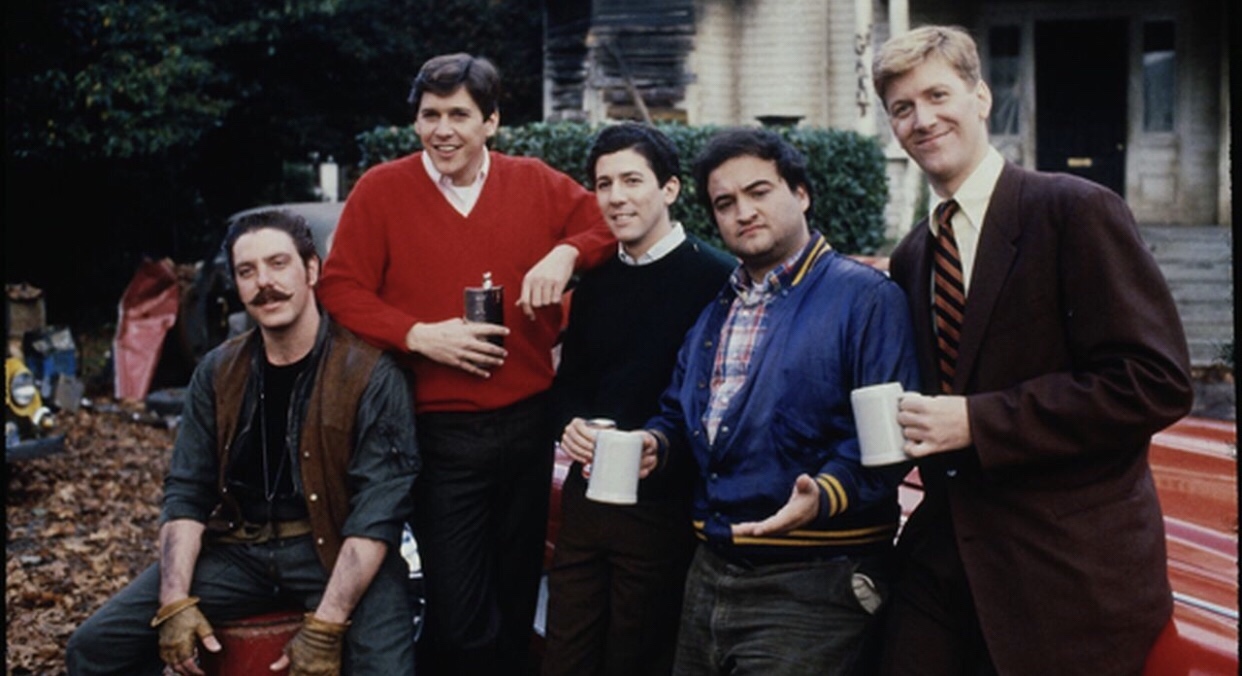 “My advice to you is to start drinking heavily.”

American Pie, Porky’s, Superbad, Wedding Crashers, and every other party movie all got produced because Animal House was such a huge success. The boys from the Delta House are immature, irresponsible, disrespectful, and not all that bright; in short, the perfect heroes for a Guy Movie. They know how to party, anyway, and the worse things get (pledge-party mishaps, double-secret probation, flunking out and getting their chapter thrown off campus), the better the parties get. And why shouldn’t they: After all, was it over when the Germans bombed Pearl Harbor? Behind the antics of John Belushi, who shines as the colorful miscreant and future U.S. senator John “Bluto” Blutarsky, this is cheerful viewing for anyone who ever threw seven years of college down the drain.