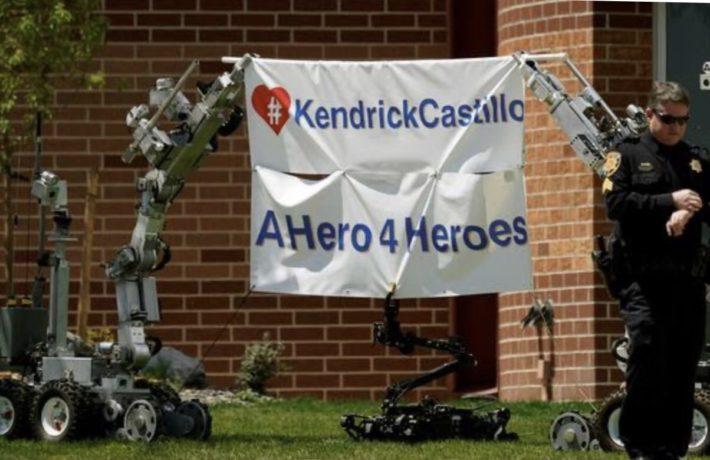 Jack Wilson is a volunteer security guard at West Freeway Church in Texas, where two parishioners were killed when a gunman randomly opened fire in the final week of 2019. Wilson fired a single shot and killed the gunman, preventing countless more fatalities.

“You have to be prepared at all times, at all places. And that’s what I strive, that’s the way I teach, that’s the way I want people to understand if they are going to wear a firearm for personal protection….It can happen anytime, anywhere.”

Riley Howell died in April while tackling a gunman who opened fire on his classroom at the University of North Carolina at Charlotte. When the gunman walked in, the 21-year-old environmental studies student screamed “go, go, go!” to classmates and forcefully tackled the shooter. Police and witnesses said Howell, who was fatally shot, allowed fellow students to escape unharmed and enabled classmates to disarm the man.

Kendrick Castillo, an 18-year-old student who was just days away from his high school graduation, was killed during the shooting at STEM School Highlands Ranch in Colorado. Castillo died trying to stop one of the armed suspects from firing, allowing his classmates to escape. Brendan Bialy said he was sitting in class when another student showed up late and pulled out a gun. Bialy, along with classmates Kendrick Castillo and Joshua Jones, charged the suspected shooter against a wall and disarmed him. In the skirmish, Castillo was fatally shot. Jones was shot twice but recovered.

An off-duty Army serviceman saved the lives of several children during a deadly mass shooting in El Paso, Texas. “What I did was exactly what I was supposed to do. I understand it was heroic and I’m looked at as a hero for it, but that wasn’t the reason for me,” U.S. Army soldier Glendon Oakley said, before breaking down in tears. “I’m just focused on the kids that I could not [save] and the families. It hurts me. I feel like they were a part of me. I don’t even know the people that died or the kids that I took with me.” Oakley, a 22-year-old automated logistical specialist stationed at Fort Bliss, Texas, was shopping at the Cielo Vista Mall in El Paso when a young child ran up to him, saying there was a shooter at the nearby Walmart. Oakley said he didn’t take the boy’s claims seriously at first, but knew it was real when he began to hear gunfire. He said he immediately went into combat mode and began to grab as many children as he could to get them out of harm’s way.

Joshua Kaleb Watson was one of three people killed by a gunman at a Naval Air Station in Pensacola, Florida. The 23-year-old graduated this year from the United States Naval Academy. As a student, the Alabama native made the Dean’s List, and he was captain of the rifle team. After being shot multiple times he made it outside and told the first response team where the shooter was and those details were invaluable. “He died a hero,” his brother said, adding, “we are beyond proud.”

A survivor of the mass shooting in Dayton, Ohio, said he didn’t think about his own life or safety when he heroically ushered crowds of people into a local establishment to shield them from gunfire outside. Jeremy Ganger, a bouncer at Ned Peppers, said he grabbed as many people as he could and guarded the bar’s entrance to keep the alleged gunman from coming inside. “Our patrons are more important than one active shooter, so I was going to try to stand my ground the best I could,” Ganger said.

Douglas Miguel Rodríguez, one of the victims of the shooting inside a kosher grocery store in Jersey City, New Jersey, is being hailed as a hero. Rodríguez, who worked in the store, helped a customer escape after being shot himself. “After being shot, he opened the back door for a customer to be rescued,” said Rabbi David Niederman, the executive director of the United Jewish Organizations of Williamsburg. “Unfortunately, he died at the footstep of that door.”